More than 1,800 students graduated from USC this week in the largest round of graduation ceremonies ever held by the University.

12 ceremonies from 10–12 April featured plenty of pomp and circumstance as USC awarded degrees, certificates and diplomas and celebrated the success of its high achievers. Each of the ceremonies can be viewed online.

Chancellor’s Medals were presented to three students who contributed significantly to USC and the general community while achieving outstanding academic results.

An Honorary Doctorate was awarded to Chief Justice Susan Kiefel, who in 2017 became the first female Chief Justice to be appointed to the High Court of Australia.

The graduate responses featured some moving and entertaining speeches, including one by Paramedic Science graduate Jason Carter, who this year started studying a Doctor of Medicine with Griffith University at the Sunshine Coast University Hospital.

Jason, who received a USC University Medal on Wednesday for achieving a GPA of more than 6.8 out of a possible 7, outlined his journey from being a troubled teen to a talented medical student.

His graduate response, which had the theme “small steps lead to giant leaps” can be viewed at youtu.be/mIXGvVwtl8g. 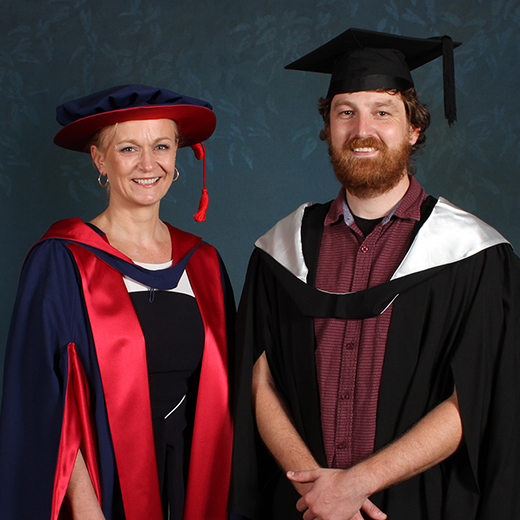