There are no losers in USC Gainers program

There are no losers in USC Gainers program 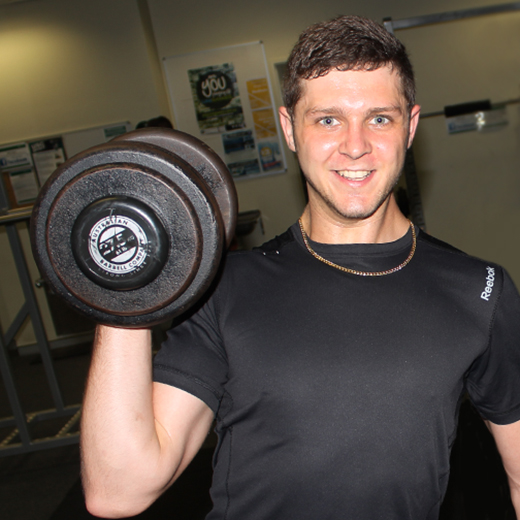 A new program offered by the University of the Sunshine Coast is focusing on helping gym goers put on weight, rather than lose it.

USC Gainers was launched for the first time in Semester 1, 2015, and was co-developed by USC Sport’s Aaron Turner and Kris Thiesfield.

"Due to the rising rates of obesity, plus the media obsession with the ‘perfect figure’, people with a desire to put on weight to improve their health and fitness are often overlooked in a gym environment," Mr Turner said.

"Genuinely under-weight people represent a very small percentage of the population, so we wanted to create a program that targeted people who had struggled with weight gain since adolescence and expressed frustration over not being able to reach a healthy body weight."

Those who signed up to be a USC Gainer were closely monitored by a mentor and strength and conditioning coach, and were provided with structured nutritional and exercise regimes to support them to reach their weight goals.

"The greatest gain over the course was a participant who put on 8kg, but the average ‘gainer’ increased their body weight by 5kg," he said.

"As the weeks progressed, you could see that those involved weren’t just gaining weight, but they were gaining self-esteem and feeling better about themselves physically and emotionally."

Such is the early success of the program, USC’s Psychology academics have expressed interest in conducting research on the program to explore the possibility of measuring the psychological satisfaction of participants.

The program is free for USC Gym members and will be trialled again in Semester 2.

USC students, staff and members of the community are welcome to participate.

Rate of sudden deaths in Indigenous infants much higher than estimated: USC research