Celebration for a gift that will keep on giving

Celebration for a gift that will keep on giving 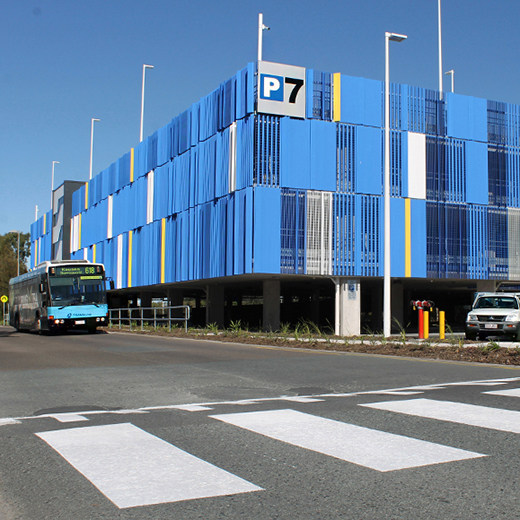 A multi-level parking facility unlike any other in the region will be officially opened at the University of the Sunshine Coast on Wednesday 15 July at 10.30am.

The $10 million carpark development, which contains a total of 515 parking bays, was funded by a $5million gift to USC last year by philanthropist and property developer Roy Thompson and his wife, Nola, that was matched dollar-for-dollar by the University.

Speeches will be made by USC Vice-Chancellor Professor Greg Hill and Chancellor John Dobson before Mr and Mrs Thompson have the honour of being the first motorists to drive into the carpark.

The four-storey facility, with a total floor space of 12,868 square metres, was built by Badge Constructions between September and March.

Mr Thompson said his donation to USC was aimed at establishing something that would support Sunshine Coast students over many years into the future.

"Scholarships to keep bright kids on the Coast and to help those struggling to afford to go to university, funded by a new carpark, seemed like a good way to do this," he said.

Professor Hill said USC and its students were fortunate to have the support of Roy and Nola Thompson.

"Hundreds of students will benefit from these scholarships over the years ahead, giving them the opportunity to get degrees and pursue the careers they want," he said.

The first Thompson Study Support Scholarships will be awarded soon.

Eight school leavers who have enrolled to study at USC’s Moreton Bay campus this semester have become the first recipients of the Moreton Bay Region Equity Scholarships.