Technology and the developing brain | UniSC | University of the Sunshine Coast, Queensland, Australia

Dr Michael Nagel, USC Associate Professor in Child/Adolescent Development and Learning, recently spoke with career advisors, school leadership and teaching staff about the impact of technology on young people and how smartphones may be at the forefront of a growing number of development problems and mental health issues.

Dr Nagel shared results of a recent pilot study he was involved in which surveyed 1,300 young people in Australia and New Zealand about their behaviours towards smartphones.

“It was interesting how much they were already aware of the negative effects of too much screen time. They know it contributes greatly to sleep disruption, anxiety and bad grades in school. But while the kids knew it was creating problems for them, they were reluctant to take action and it was almost as if they would be happy if someone told them to put their phones away, so they didn’t have to make the decision themselves.”

Dr Nagel said all aspects of child development thrive with positive face-to-face social interactions and technology takes them away from this engagement.

“What a lot of people don’t understand is that they actually hire experts in addictive behaviours to help create these products for your phone, and that makes it extremely hard to turn away from.”

Dr Nagel said he recommends parents consider screen time as a major public health issue and reducing it must become the new priority for child and adolescent health.

“We can’t tell a young person not to be on their device, if we’re doing the same thing. Be present and put your device away. Don’t expect change if you’re not willing to change.”

“Parents who want to help restrict screen time need to set boundaries and parameters from a young age. If your kids have already grown up with screens, you can find a middle ground, like turning off devices early in the evening. But parents need to do it too,” he said.

Dr Michael Nagel is an Associate Professor at USC where he teaches and researches in the areas of cognition, human development, behaviour and learning. He is the author of 16 books on child development and learning used by teachers and parents in over 20 countries and has delivered over 300 workshops and seminars for parents and teachers nationally and internationally. Nominated as Australian Lecturer of the Year each year since 2010, Dr Nagel has been an invited guest on ‘TV New Zealand Breakfast’, ‘Canada AM’, ‘Sunrise’, ‘A Current Affair’ and ‘The Project’. 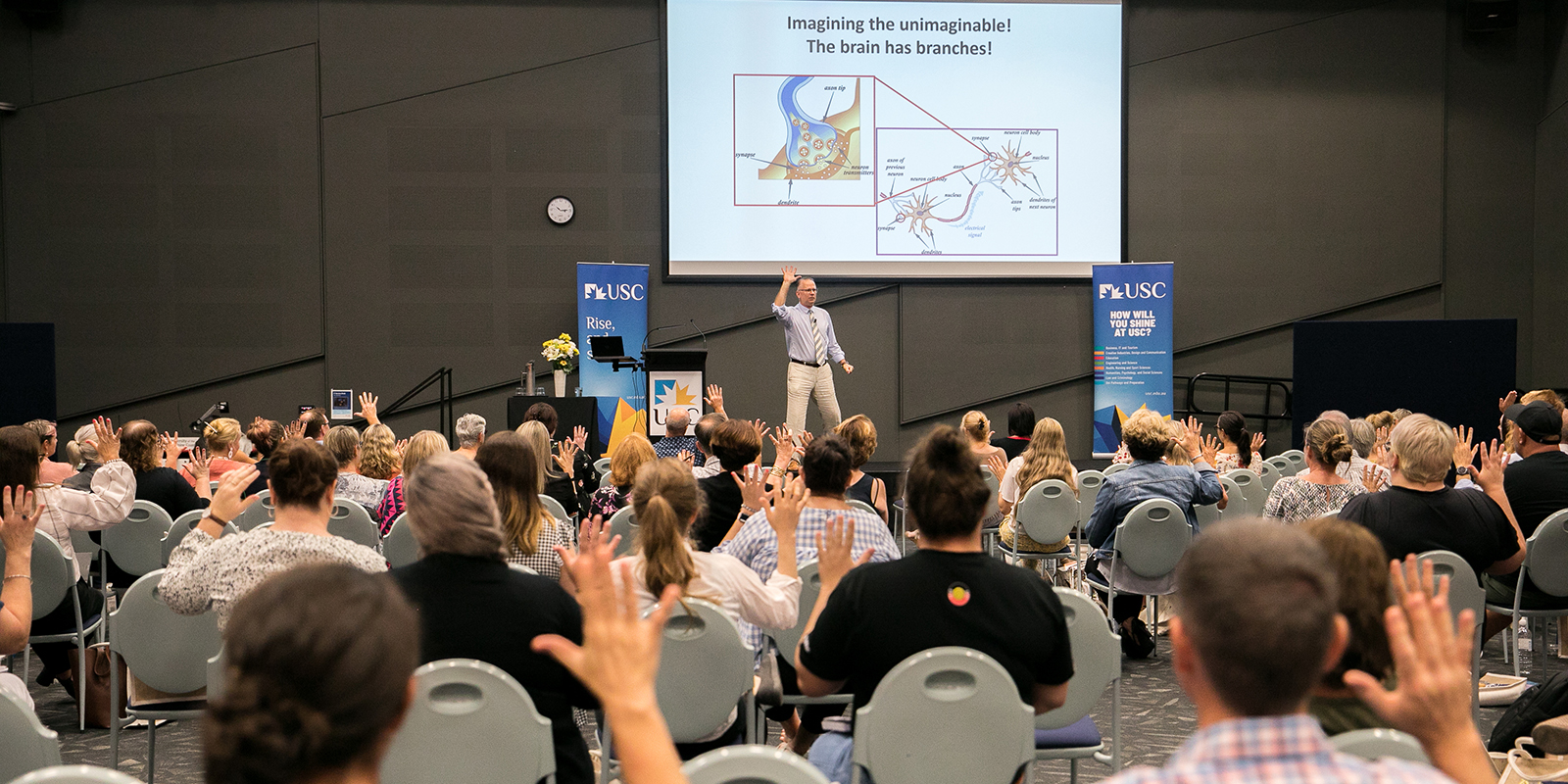 ATARs are out - does your child need to change their preferences?

Once your child has received their ATAR results, they may want to change their preferences if things didn’t go as planned.

Everyone fails at one point or another.

What if my child doesn’t get the ATAR they’re hoping for?

With the release of ATARs just around the corner, your child may be wondering what happens if they don’t get the ATAR they’re hoping for.