Working as an analytical chemist is a world away from the war zones of Afghanistan for former Australian Army infantryman David Heyne who received USC’s highest academic honour when he graduated earlier this month.

The Gympie resident was presented with the University Medal at his graduation ceremony for achieving a perfect grade point average of 7 while completing a Bachelor of Science.

Since finishing his degree, David has worked with USC's Seaweed Research Group on a study into antimethanogenic red algae (Asparagopsis taxiformis), which has been found to reduce methane emissions from beef cattle.

The USC team is working at the Bribie Island Research Centre in Moreton Bay to learn more about how to grow the seaweed species, with the goal of informing a scale-up of production that could supplement cow feed on a national or even global scale.

“I thoroughly enjoy my new career, which involves research and method development – the thrill of discovery is something I don’t think will ever get old,” said David whose is also working at the Sunshine Coast facility of McCormick Australia, producer of Gourmet Garden herb and spice products that are exported worldwide.

After a varied career, which included roles as acting section commander in the army, commercial diver, private security contractor in Afghanistan and assistant funeral director, David initially enrolled at USC with the goal of becoming a secondary science teacher.

Through his studies, he discovered a keen interest in chemistry, which triggered a complete change of career direction.

“Having the opportunity to then work with Professor Paul and Dr Brooks as part of a special research project with USC’s Seaweed Research Group cemented my decision, and I’ve been happily learning all I can about chemistry ever since.”

That interest has led to David continuing his studies, and he is currently conducting an Honours research project with the Seaweed Research Group to determine the volatile compounds and their activities within a product derived from red seaweed.

David, who achieved the highest possible grade for each of his undergraduate subjects, credits his outstanding results to discipline, time-management and prioritisation, as well as the support of his wife Brooke. 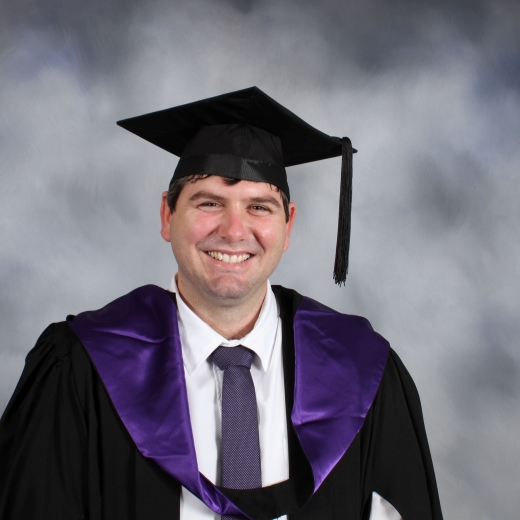