A team of USC researchers have been confronted by heart-breaking scenes of dead and dying koalas in areas ravaged by the recent Australian bushfires.

Photos taken by USC Detection Dogs for Conservation staff - of koalas either killed by falling trees or burns, or suffering starvation or dehydration - have been met with an outpouring of grief on social media, and a call for more support while there’s still time to act.

To help fund more deployments to fire-ravaged koala habitats, they have created an online fundraiser.

USC Detection Dogs for Conservation co-leader Dr Romane Cristescu said while the photos they took were confronting, they highlighted that, weeks on from the fires, koalas and other wildlife were still struggling to survive in their burnt homes.

“We found one koala that had perished in the fire. The other had burned paws and, although it had survived the horror of the fire, it was later killed by a burned tree falling on him,” Dr Cristescu said.

“It is just so sad when we find koalas that have not made it. It breaks our hearts that, perhaps with more detection dogs and a bigger team, we might have got to them sooner.”

The team has been deployed nearly every week following the bushfires, working with deployment partner International Fund for Animal Welfare (IFAW), and have found more than 40 koalas struggling to survive in burnt bushland. From there, they’ve taken the koalas to local wildlife triage centres to receive medical attention.

The key to their success has been the super sniffing power of their team of five professionally-trained detection dogs; in particular Bear, who gained international fame when American actor Tom Hanks shared his heroic story on Twitter.

Team co-leader, Associate Professor Celine Frere, said Bear’s exceptional koala-spotting skills had led them to many koalas in need of medical help or struggling to live in damaged habitat.

“But it’s not happening fast enough. Every day the fires continue, more koalas are displaced and their lives put in danger,” Dr Frere said.

“But, first and foremost, we just want to get a full team on the ground rescuing koalas at this critical time when we can make a real difference,” Dr Frere said.

Josey Sharrad, wildlife campaigner for IFAW, agrees, confirmed that the organisation’s recently commissioned report identifies a loss of more than 5,000 koalas across NSW this bushfire season, and a potential habitat loss of over 5.1 million hectares.

“The emergency isn’t over, and every individual animal matters in securing a future for the species,” she said.

“Koalas are in trouble 365 days of the year, and almost every koala coming into care over the past few months was already compromised - dehydrated, malnourished from prolonged drought and excessive land-clearing.

“This disaster could be the last straw, and we need to continue our efforts.” 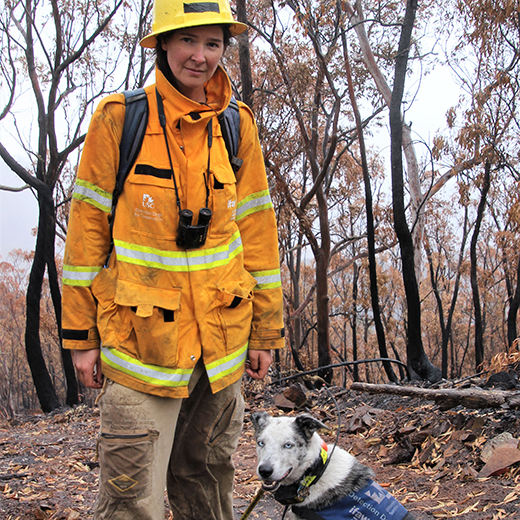