A USC scientist renowned for her work with wildlife and detection dogs has been named the Queensland Young Tall Poppy Scientist of the Year, one of the state’s top science prizes.

Associate Professor Celine Frere, a behavioural ecologist and co-leader of the USC Detection Dogs for Conservation unit, was awarded the honour at a ceremony in Brisbane tonight where she also received a Queensland Young Tall Poppy Science Award.

The awards, an initiative of the Australian Institute of Policy and Science, recognise excellence in research and enthusiasm for communicating science beyond the walls of the laboratory. They are widely considered to be an early indicator of Australia’s future scientific leaders.

Dr Frere said the title was a great honour because, while science was a vital pursuit, it was also important to share findings with the world to drive change and find solutions.

“Science is critical to our understanding of the world and, certainly in my field, how we manage our resources to protect our precious ecosystems,” she said.

As an empirical biologist, Dr Frere has a primary research interest in animal behaviour and genetics to better understand how animals adapt to environmental change. She has published widely, including papers on lizards, giraffes, cetaceans, porpoises, koalas and kangaroos.

She was central to the establishment of USC’s Global Change Ecology Research Group, which brings together early and mid-career academics focusing on the impacts of humans on biodiversity and ecosystems.

In 2015, Dr Frere and her postdoctoral researcher, Dr Romane Cristescu, launched USC’s Detection Dogs for Conservation unit, which delivers ecological data and analysis on vulnerable species such as koalas and quolls to government and industry.

“The team has featured in news media across the world since we worked with the International Fund for Animal Welfare to deploy detection dog Bear to find injured and displaced koalas following bushfires across New South Wales and Queensland,” Dr Frere said.

USC Vice-Chancellor and President Professor Helen Bartlett congratulated Dr Frere and said her scientific outputs had helped the university gain a ‘well above world standard’ rating in the fields of ecology and environmental sciences in the Excellence in Research Australia benchmarking.

“Dr Frere has also been enormously successful in sharing her passion and vision to preserve Australia’s unique wildlife, particularly in the wake of devastating bushfires that destroyed their habitat. This state-wide recognition for her work is enormously well-deserved,” Professor Bartlett said.

In 2017, Dr Frere was named as one of Australia’s 30 'most dynamic scientists and technologists' (Science and Technology Australia) and recognised as a SuperStar of STEM 2017. 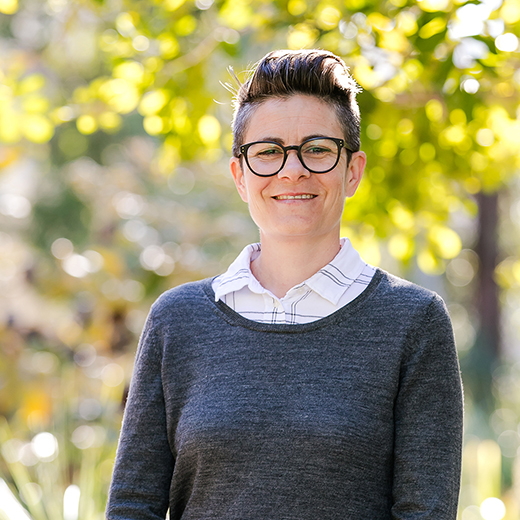