Thunderous applause and a standing ovation for a moving speech by Business graduate Belinda Harris were among the many highlights of USC’s series of six graduation ceremonies this week.

Belinda, 32, was one of almost 600 students to cross the stage this week to be awarded degrees and certificates from USC Chancellor Sir Angus Houston at six ceremonies from 26-27 September.

Belinda’s graduate response, on behalf of her fellow graduates, is at https://youtu.be/KHikvaUTpBM

Belinda of Kallangur received a combined degree in Tourism, Leisure and Event Management, and Marketing, and was also awarded the university’s highest honour – a Chancellor’s Medal – in recognition of her impressive grade point average (GPA) of 6.58 and devotion to disability advocacy and volunteer work.

The medal recognises her determination to show that being in a wheelchair need not be an impediment to becoming involved in university and community life.

The ceremonies also included the presentation of medals to high-achieving students, and of honorary awards to those who have contributed to the success of USC and to the Sunshine Coast region.

Videos of each of the ceremonies can be viewed online at the University’s website at: www.usc.edu.au/graduation 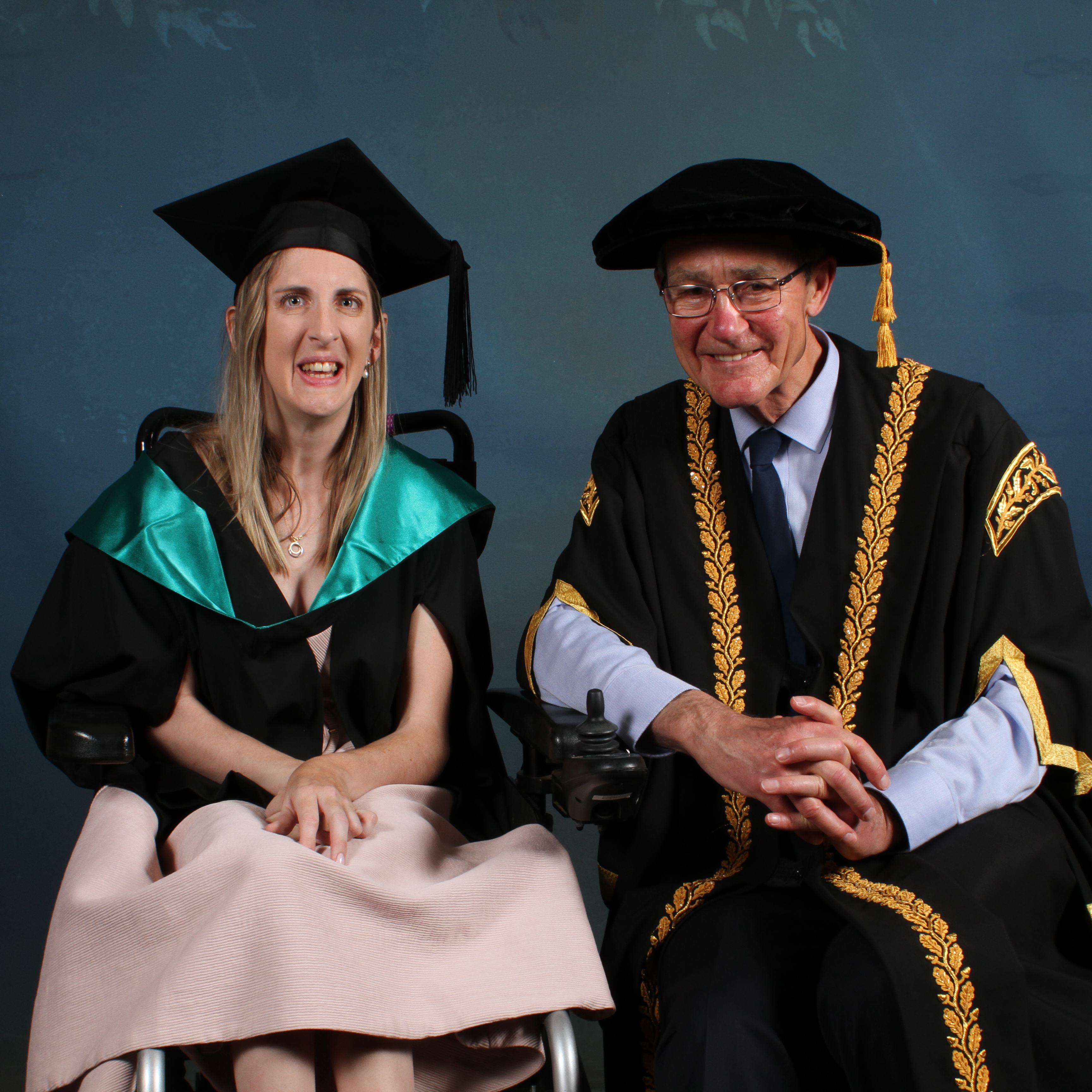