Alyce Tancredi, 22, was delighted to receive more than 100 responses to her USC research survey on the first day it opened online, indicating the eagerness of people with Ehlers-Danlos Syndromes (EDS) to increase understanding of the often-misunderstood condition that causes a variety of symptoms.

After a lifetime of problems ranging from gut issues to shoulder and knee dislocations requiring multiple surgeries, Alyce was diagnosed with Hypermobile Ehlers-Danlos Syndrome in 2016, her first year of the Bachelor of Dietetics at USC Sunshine Coast.

“It was a relief to finally get a diagnosis from a rheumatologist but then I learned there was no cure, only management for it,” said the Noosa Aquatic Centre squad swimmer.

Alyce, of Tewantin, said the survey was believed to be the first on the dietary needs of Australian adults with EDS and Hypermobility Spectrum Disorders (HSD) and it aimed to gather information for analysis to help dietitians treat people who had nutrition-related symptoms.

“There is very little nutritional information for people living with EDS and HSD,” he said.

Alyce, who through trial and error, found her body responded better to a vegan diet, said other people might suffer pain while chewing because of jaw dislocations, or fail to cook healthy meals because of faintness and tiredness due to blood pressure and body temperature irregularities.

She said she enjoyed staying active as much as possible, including participation in the half ironman event on Sunday 8 September with Dr Holmes (swim) and Noel Carbery (cycle). The team was called Racing Stripes after the zebra used internationally to symbolise the conditions.

“I was going really well down the hill at Alexandra Headland, on track to make my goal of finishing in 1hr 50mins, then my knee subluxated (partially dislocated),” she said.

“I was frustrated but I whacked my knee back in and kept going, making it in two hours and one minute.”

The St Andrew’s Anglican College graduate said her ultimate research goal was to help people better manage their symptoms and “not feel like burdens on the health system”.

“The survey aims to find out what is happening in this adult population – are they malnourished, overweight, nutritionally deficient?”

The survey https://www.surveymonkey.com/r/KXZ5BYK is open to people aged over 18 who have EDS or HDS. 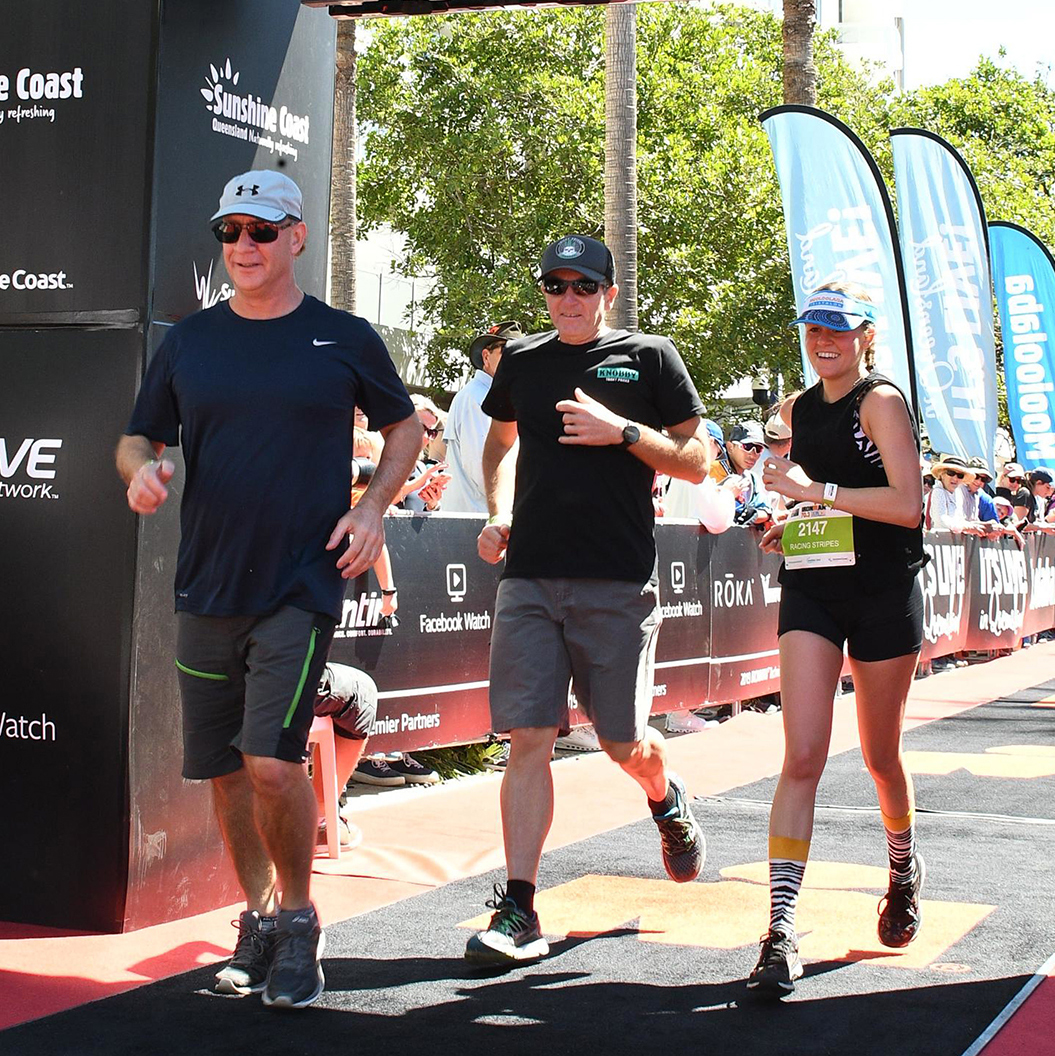