Eye of the tiger shark sets Jessica on new career

Free diving with a tiger shark in Hawaii was a life-changing moment for USC Animal Ecology graduate Jessica Skinner.

“The moment I made eye contact with the shark I knew what I needed to be doing with my life,” said the 33-year-old who had previously ruled out starting university despite a long-held ambition to become a marine biologist.

“I came home and within three months I had quit my job managing a dog grooming salon and applied for my degree,” said Jessica, who graduated from USC with a Bachelor of Animal Ecology at a ceremony in Hervey Bay yesterday.

“We only get one life and I think it's important to follow your passions.”

Jessica relocated to Hervey Bay from the Sunshine Coast this year to complete her degree at the local Coast campus before beginning Honours under the supervision of Dr Kathy Townsend, a Fraser Coast-based lecturer who leads the international Project Manta research project.

“When I started university at 30, I was petrified that I wouldn't be good enough, so to receive this job offer was a massive boost to my confidence,” Jessica said.

Although she is still finalising her Honours thesis topic, it will focus on the effect of warming oceans and climate change on migration patterns and paths of local manta ray populations.

“I’ve always wanted to become a marine biologist,” said Jessica, who gained her open water scuba diving certification at 14 and recently qualified as a dive master. She is also completing her coxswain’s certificate.

“I love the ocean, freediving, snorkelling and anything outdoors, and I am obsessed with all kinds of animals,” she said.

“My dream job is to be involved with shark conservation and research, or marine-based eco-tourism. I also love to educate others on our marine environment and organisms.”

Her decision to study at USC has taken Jessica around the world, including work placements at Lord Howe Island, the South Pacific Island of Mo'orea and Ningaloo Reef in Western Australia. 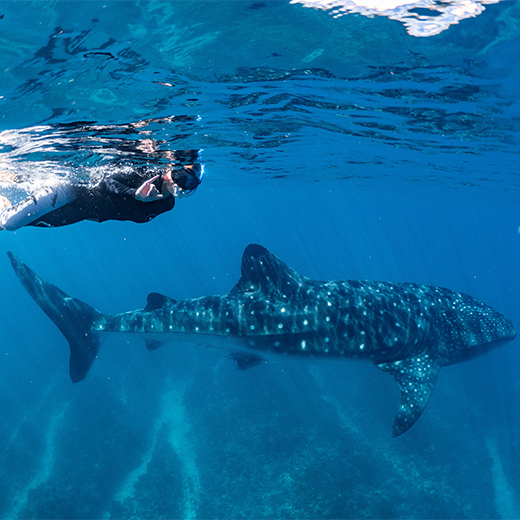 Bright prospects for Rubie and her graduate family

After guiding USC to extraordinary success over 15 years, former Vice-Chancellor Professor Greg Hill AO has a permanent link to the University he embraced as part of the family.