The rise of autonomous vehicles in Australia could lead to new kinds of road crashes, a USC researcher has suggested in a new national booklet celebrating women in science.

Dr Gemma Read from USC’s Centre for Human Factors and Sociotechnical Systems is midway through her three-year investigation of how autonomous vehicles might interact with traditional vehicles and vulnerable road users.

Her research features in a Regional Universities Network booklet on Women in Science, Technology and Engineering in Regional Australia alongside USC microbiology researcher Dr Martina Jelocnik.

The booklet showcases examples of the important and rewarding contributions that women in science, technology, engineering and mathematics (STEM) careers are making in regional communities.

“I’m focused on the unintended consequences associated with how people behave around autonomous vehicles, given that they will behave in a risk-averse way,” Dr Read said.

“We need to think about how these technologies will be integrated within our road system, which often relies on social interactions such as eye contact at roundabouts.”

She said initial modelling, developed with colleagues at the University of Melbourne and USC, suggested new sorts of crashes might arise during the transition period as people learned about the responses of autonomous vehicles, and exploited their in-built risk aversion.

“There’s that argument that we might make it so safe that people assume safety and take less care for their own safety,” Dr Read said.

“If autonomous vehicles do behave flawlessly and they detect a cyclist pulling out in front of the vehicle, they will always stop to prevent an accident. That’s fantastic, but what does the cyclist learn? The cyclist learns that this type of vehicle doesn’t pose a threat to them anymore. In a congested city, this could lead to gridlock.”

Dr Jelocnik from USC’s GeneCology Research Centre also features in the booklet for her work on chlamydial infections in Australian animals.

She provided the first epidemiology investigation which shows the extent of chlamydial infections in Australian sheep and cattle, and more recently on the first cases of chlamydia in horses and the risk that they pose to human health.

“Chlamydia has the capacity to spill over to us and to make us sick. We want to know as much as we can. First, to inform the general public to protect their health and, second, that we protect domesticated animals and wildlife,” Dr Jelocnik said.

She is part of the USC Chlamydia research group that is working on a promising koala chlamydia vaccine.

“Although it seems that chlamydia is everywhere, there is still so much more that we need to learn. It is a very exciting time for chlamydia research in Australia” she said.

“Dr Read and Dr Jelocnik are national and international research leaders, contributing strongly to their associated existing research strengths at USC, and we are thrilled to see them recognised in a national publication,” Professor De Marco said. 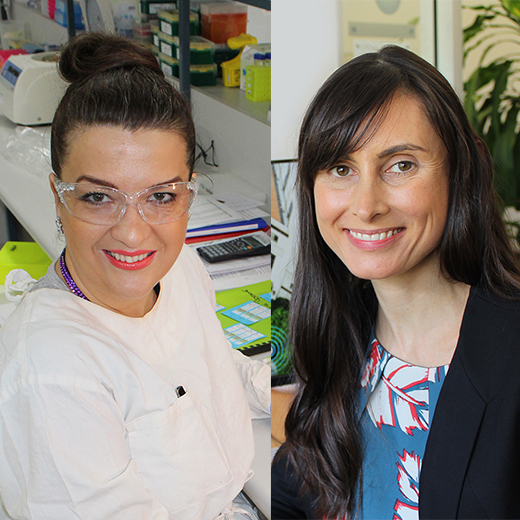