An organisation that provides regular laundry and shower services for people experiencing homelessness has appointed a USC graduate to lead its operations around Australia and New Zealand.

Orange Sky Australia appointed Michael Duggan as Chief Operating Officer to lead the organisation in 22 locations, involving over 2000 volunteers every week including a busy service on the Sunshine Coast. He is now based at the organisation’s headquarters in Brisbane.

Dr Duggan, of Upper Kedron, completed a PhD at USC’s Sustainability Research Centre via remote study from Gladstone, and graduated in 2016. Dr Duggan’s goal post-graduation was to transition from over 15 years of work in consulting and working as an operational and sustainability leader in the resources and energy sectors, to a role in the social impact focused, not-for-profit sector.

He was immediately impressed by the positive impact Orange Sky had made on the lives of thousands of vulnerable people and knew his sustainable and operational business skills could help expand the organisation.

What started in 2014 as an idea to improve hygiene standards and restore dignity to people doing it tough had already evolved into a safe and supportive environment for those who often feel ignored or disconnected from the community.

“The organisation is built around the goal of positively connecting communities,” Dr Duggan said.

“The most important part of our work, more important than the washers and showers our volunteers provide, is that we travel around in our vans with six orange chairs and it is on these chairs that we connect through non-judgemental conversation with our friends on the street.”

“All Orange Sky employees go out on shifts and spend time connecting with friends, service providers and other stakeholders.”

“A lot of strong, successful organisations these days are really considering their unique set of collective values and how that enhances the social capital of their organisation. It’s a fascinating space,” he said.

Dr Duggan chose to study at USC because it offered the closest personal and cultural fit to his values of sustainability and social responsibility, and he “just clicked” with his supervisors Professor Tim Smith and Associate Professor Dana Thomsen.

“In 2007 when I began, I wanted to be sure the fit was right. I spoke to different supervisors at different universities and USC was the one that really ticked all the boxes,” he said.

His thesis was called ‘Scaling up, scaling out, and scaling in: Facilitating effective Education for Sustainability through a Decentralised Global Network.

Dr Duggan, who is also a passionate trail runner and the current president of the Trail Running Association of Queensland, said completing a PhD over seven years while having a family and a full-time job was akin to running a 100km ultramarathon.

“It takes a level of discipline. You have to learn how to walk, because you can’t run up every mountain in a long race,” he said.

Originally from Canada, Dr Duggan moved to Brisbane in 1999 and met his now wife from Townsville. Their children are now seven and 10. 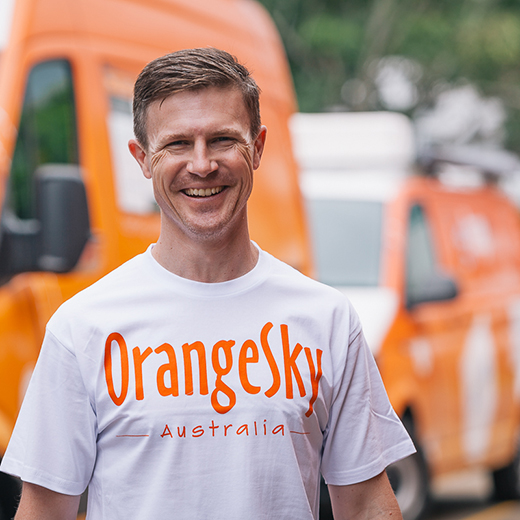 A USC Australia academic has been chosen by the Boston Museum of Science to deliver a virtual talk next week on the mystery of civilisations and lands lost beneath the sea.

Rock-climbing graduate reaches out to help

USC Occupational Therapy graduate Elli Pukallus of Dalby has refused to let a painful, lifelong lower limb condition keep her from participating in the sport of rock climbing or from gaining her degree.

Two jobs plus study pays off for new engineer

As a 14-year-old adjusting to Australia after moving from the small Pacific island of Niue, Douglas Tukutama had never pictured his future as an engineer.