A maths major who coded his own games on his first computer in the 1980s scored a perfect grade point average of 7 out of 7 when he recently graduated from USC with a Bachelor of Science.

Alistair Kerr, who received a University Medal for his academic achievement, is now contributing to brain research as he studies an Honours degree in Science at USC’s Thompson Institute. He also works as a mentor to Indigenous students and tutors in physics at USC.

“My interest in IT began when my family got its first computer, a Microbee 64K, in the 1980s and I taught myself BASIC (an early programming language) to create small choose-your-own-adventure games,” said Alistair, 43, of Montville.

“It further developed in the summer break after Year 10 when I taught myself Turbo Pascal (a software system) from books and practice because I did not have internet access.”

Alistair gained an OP1 from Burnside State High School and topped his Maths II class. In 1998, with an IT degree from QUT, his career in software engineering took off.

He worked for companies such as The Aeronautical Design Service on the Sunshine Coast and in Bundaberg, where he developed automated software testing for light aircraft certification.

Alistair returned to study a few years ago to explore a lifelong love of mathematics and find other ways of contributing to society.

“Studying at USC allowed me to pursue my academic goals while living in an environment I love,” he said.

He joined the ‘Mathematicians of USC’ and a social chess club and enjoyed lectures and one-on-one interactions with maths lecturers such as Dr Aaron Wiegand and Dr Robert McDougall, who gave valuable feedback.

“My ultimate career goal would be to make a useful contribution, no matter how big or small, in humanity’s quest for the stars – or planets,” Alistair said.

Based at USC’s Sunshine Coast Mind and Neuroscience Thompson Institute at Birtinya, the study aims to understand the factors affecting the mental health of young people and develop evidence-based youth mental health programs. 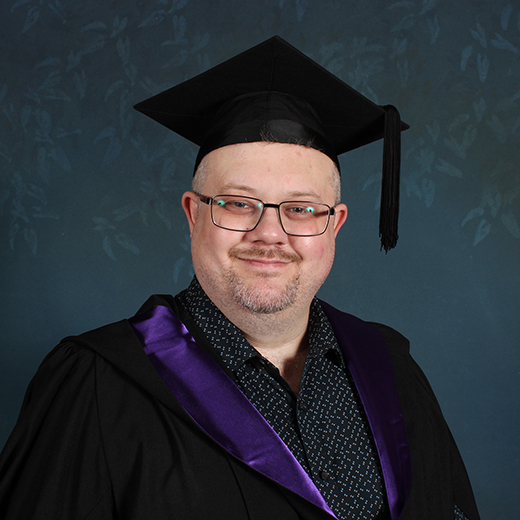