Indigenous soccer player ready to inspire in the classroom - University of the Sunshine Coast, Queensland, Australia

Indigenous soccer player ready to inspire in the classroom

Competing as part of Australia’s first Indigenous women’s football (soccer) team has motivated USC’s Samara Christmas to work towards becoming a mentor for the next generation of Indigenous students.

In her final year of a Bachelor of Primary Education, Samara was selected as part of the inaugural Indigenous Koalas team that competed at the recent Arafura Games in Darwin.

“It was absolutely amazing to be part of a history-making side, it was literally one of the best experiences I’ve ever had playing soccer,” said Samara, a High Performance Student Athlete.

“We won our Indigenous showcase game against the Darwin Invitational team, and went on to win the entire competition, taking out the grand final three-nil against Singapore.”

The 23-year-old from Mountain Creek, who also plays for the Sunshine Coast Wanderers in the National Premier League, said the opportunity to visit the Northern Territory for the first time opened her mind to new possibilities both as a soccer player and as a future school teacher.

“The time on the soccer pitch was amazing no doubt, but the opportunities away from game time motivated me so much,” Samara said.

“Our team was invited to experience some incredible cultural activities with local elders and we also got to meet people like Cathy Freeman and soccer great Craig Foster.

“Listening to the way they spoke to us, the knowledge they shared with us and getting to see how they act and how driven they are to achieve had a huge impact on me.

“As a teacher I’m going to have the opportunity to impact the next generation and it really motivated me to be a mentor to other Indigenous kids.”

Samara, who has lived on the Sunshine Coast since she was four-years-old, said the Northern Territory experience opened her mind to life outside the South East Queensland corner.

“I love living and studying on the Sunshine Coast, but the experiences I got to have in Darwin helped me to realise the huge amount of opportunities that are out there once I finish my degree,” she said.

“So much of what I’ve learnt in my soccer career I’ll be able to use as a primary school teacher and I’m excited to bring sport and Indigenous culture in to the classroom once I graduate.” 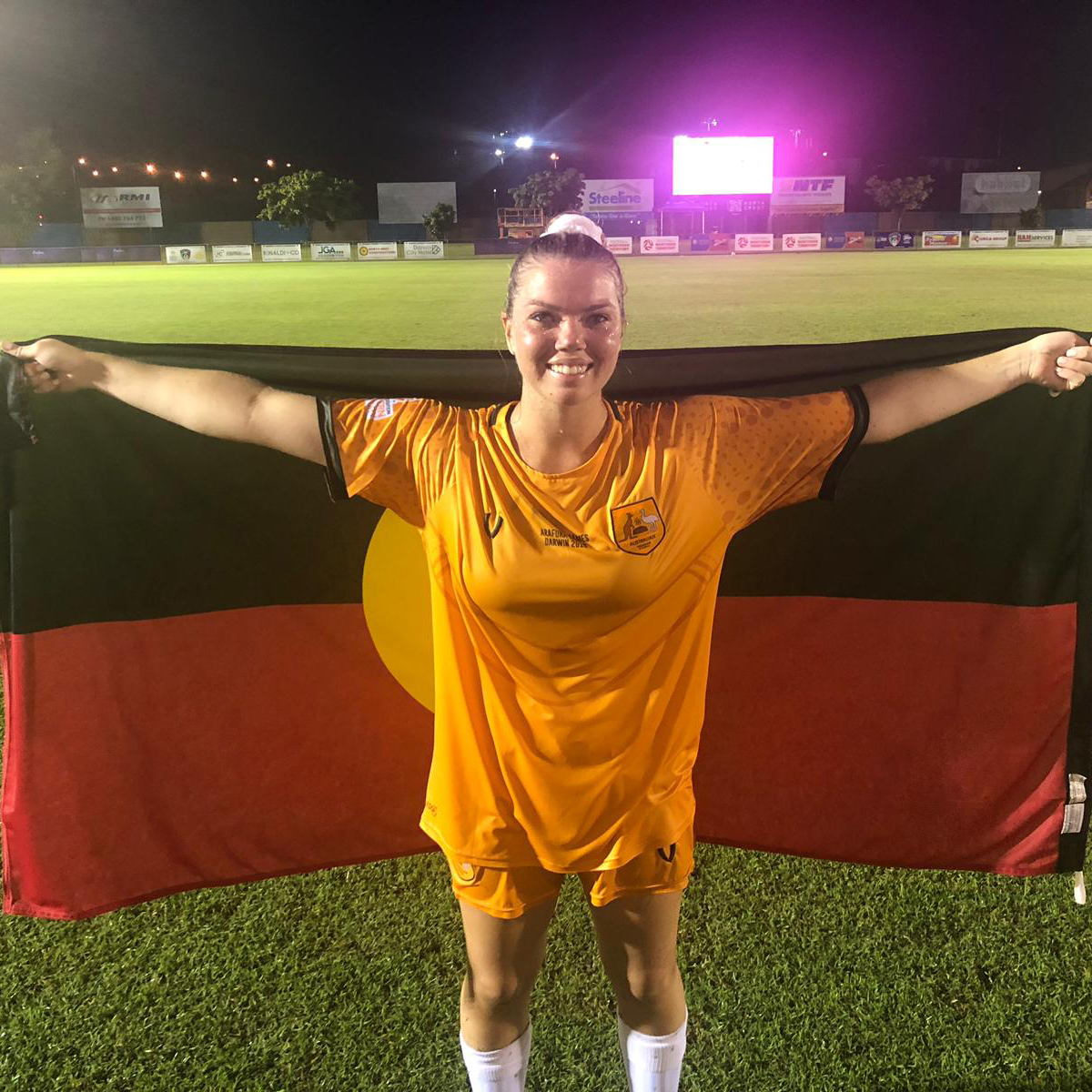