University of the Sunshine Coast Vice-Chancellor Professor Greg Hill has announced he will retire next year after leading USC through a decade of rapid expansion.

Professor Hill, who has transformed USC from a single campus on the Sunshine Coast with 9,000 students in 2011 to a multi-campus institution that will have more than 18,000 students in total this year, will finish work in late 2020.

“When I was appointed Vice-Chancellor, I made a commitment to grow the university by broadening its footprint,” Professor Hill said. “That’s what the USC Council wanted me to do – and I’ve pretty much done that.

“Since I’ve been here, there hasn’t been a year that we haven’t opened a new building, and that includes new campuses at Gympie in 2013, Fraser Coast in 2016 and Caboolture last year.”

Add to that the establishment of the Sunshine Coast Health Institute (of which USC is a partner), the Sunshine Coast Mind and Neuroscience – Thompson Institute, Clinical Trials Centre and expansion of USC’s sporting precinct to accommodate three elite national sporting teams, and you get some idea of how busy he’s been.

Professor Hill said with the USC Moreton Bay campus opening at Petrie next year, the time was right to hand over the role to another leader.

And he has no regrets: “While I’ve been doing the things I believe were important, there were obviously some things I’ve neglected – but you can’t do everything.

“As well as growing the campus footprint, I’m proud to have maintained the inclusive culture we’ve got at USC, and that includes doing our bit for Indigenous Australians and for disadvantaged people in the community.

“If you look back at why this place was established, it was about servicing the local community. I’d like to think I’ve maintained that. What’s changed during my term as Vice-Chancellor is we’ve broadened our view of what is our community. It’s now a much larger community that takes in Fraser Coast, Gympie and Moreton Bay.

“The things that have changed are the size and scale. There was a real fear among some staff that as we grew, people would no longer care as much about colleagues and students. But the way we’ve done things has demonstrated that how physically big the university gets doesn’t really matter.

“I realise I’ve been remarkably fortunate to have worked with such a collegial group of people at USC. It’s one of the things that makes this university such a special place and I haven’t experienced this sort of culture anywhere else.”

While guiding USC through the Federal funding freeze of recent years, Professor Hill has also chaired the Regional Universities Network – an organisation he says has convinced both sides of politics that different funding models are needed for metropolitan and regional unis.

He said although some decisions made during his term had been difficult, he was always guided by what he believed was best for USC.

“USC’s had some really big goals over the years. It might not have been very pretty at times, but we always seemed to get the right result,” he said. “USC has always taken risks and backed itself that it can make things work. We’ve shown that if you’re smart enough you can create win-wins.

“And I think that’s the case with all our new initiatives, including our new degrees. We have recently put our toe in the water with Drama, and it’s been quite a success for us, and Music is proving a similar one.”

While his retirement is still 18 months away, Professor Hill said he was looking forward to spending more time with his family, enjoying some fishing and seeking out some new intellectual pursuits.

“I would like to contribute here, there and all over the place, so will be looking for opportunities like being on boards and hopefully have some continuing relationship with USC.” 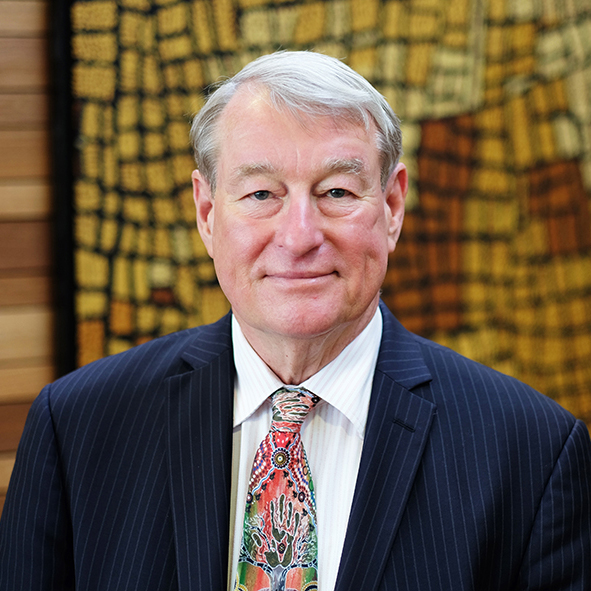