Mykel is now working as the first graphic designer for the expanding national netball team in a job that combines two of her greatest passions – netball and creative design.

“I grew up playing netball my entire life, so this is a really good opportunity,” Mykel said.

“I have quite a bit of creative freedom to make suggestions because it’s just me working as a graphic designer at Lightning.

“But I’m also really supported in my work. It’s a great team environment.”

Lightning, co-owned by USC and NRL club the Melbourne Storm, has dominated the Suncorp Super Netball championship, winning the premiership trophy both years since the competition was formed in 2017.

The team’s presence on the Sunshine Coast has continued to create ongoing job opportunities for local residents.

Before working for Lightning, Mykel was employed as a graphic designer at a promotion company on the Sunshine Coast for three years.

“I was lucky enough to get a graphic design job just two weeks after I finished uni,” she said.

“I actually had my interview while I was still at uni. When I started, I felt pretty confident because we’d spent so much time at uni using the programs and doing that type of work.”

As well as the hands-on experience she received at university, Mykel said she had really enjoyed the flexible learning environment at USC.

“Classes were really flexible, so I could arrange my schedule in a way that balanced my study with working,” she said. 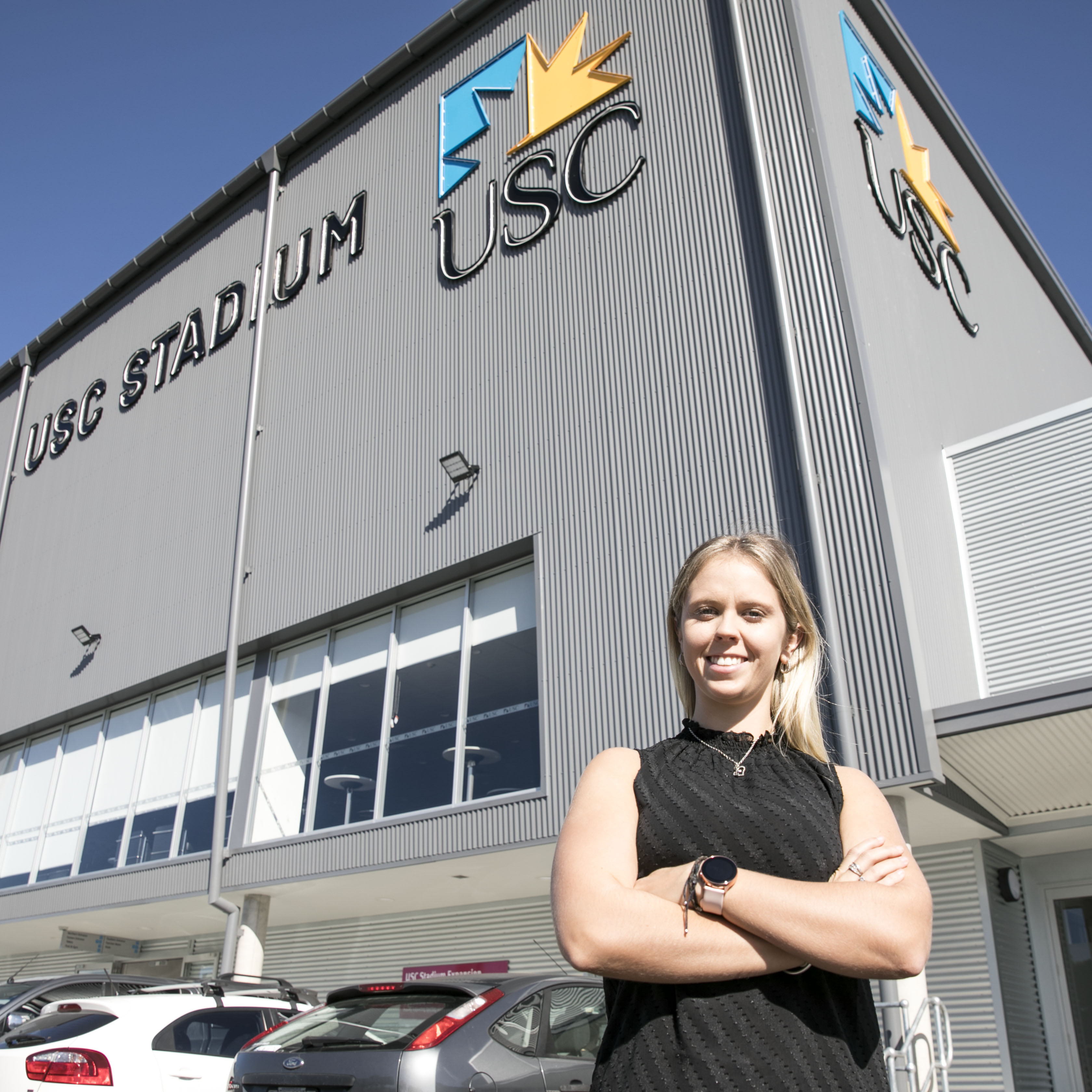 The game design giant behind Fortnite – one of the world’s most popular games - has chosen The University of the Sunshine Coast for a Queensland-first partnership.

A University of the Sunshine Coast graduate who gained a medal for her scientific skills and academic achievement is now working to help the community as a digital forensics officer for a national government agency.

A physiotherapist who specialises in helping people recover from strokes and the leader of a national provider of laundry and shower services for the homeless have been named USC’s Outstanding Alumni for 2021.