“I hope this provides me with a platform to show others, especially young women, that anything is possible in policing,” said Assistant Commissioner Platz, who is the National Manager of Crime Operations.

USC’s 2015 Outstanding Alumnus moved to the AFP in Canberra in 2017 after more than 30 years with the Queensland Police Service (QPS), including 18 years on the Sunshine Coast.

She has a Master of Business Administration and a Graduate Diploma of Education from USC and a Master of Studies in Applied Criminology from the University of Cambridge in the UK.

“The theme of the 2019 Telstra awards was ‘undoing business’ and to me, that’s about doing things differently and looking outside the square,” she said.

“I have a passion for research and making evidence-based decisions. I’ve conducted randomised trials which created efficiencies and provided evidence about what works in relation to police legitimacy, training programs and scientific examinations.

“My training at USC in both teaching and business helped me develop the types of skills I need to be able to do this work. The University shaped my thinking in many areas.”

She said she placed enormous importance on leadership skills.

“Leadership is taking people on a journey, creating space for them to do their work, providing opportunities and challenges, and being mindful of how I impact others.”

“This award recognises not only my work, but also the work of my support teams in both the AFP and Queensland Police. I always get a buzz when we work closely with the community, who are our eyes and ears to keep Australia safe,” she said.

“Working with non-government organisations and other agencies to prevent crime is rewarding. Their dedication reminds me of why I joined all those years ago – to help people less fortunate than us.”

Assistant Commissioner Platz is president of both the Australia & New Zealand Society of Evidence Based Policing and the Australasian Council of Women and Policing.

She said she loved returning regularly to the Sunshine Coast and USC to visit family and friends. 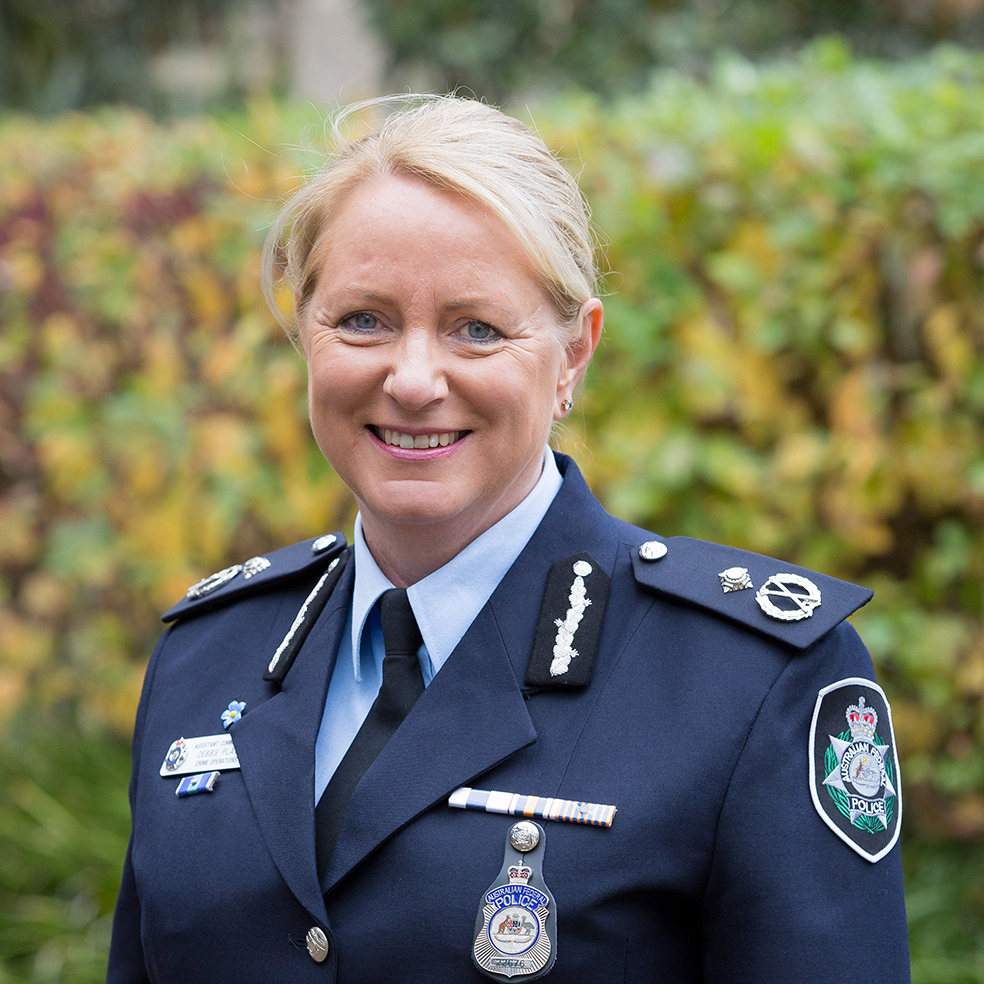