High achievers just what the doctor ordered for USC’s Bachelor of Medical Science - University of the Sunshine Coast, Queensland, Australia

Roi McGuinness will fulfil a lifelong dream to study medicine as one of only 20 school leavers Australia-wide to gain a place in the Bachelor of Medical Science offered at USC for the second year.

“Medical Science at USC was my first preference for a number of reasons,” said Roi, a Sunshine Coast Grammar School OP1 graduate.

“The main one is that I love the idea of being part of a brand new medical program in Australia and playing a role in building a strong reputation around it.

“My original inspiration to become a doctor comes from an early age watching my grandfather run a small medical practice in Tokyo. As of this year he has been practicing for 63 years so, for me, studying at USC is my first step towards following in his footsteps.”

“I wanted to study Medicine, but I also wanted to stay on the Sunshine Coast as I’ve lived here my whole life. Having the opportunity to do both made Medical Science at USC a very appealing first choice,” Tom said.

“My goal is to work as a radiologist at the Sunshine Coast University Hospital but after partaking in the Medical Science course at USC the area I would like to specialise in could change.”

Sarah Spilar is interested in general practice and obstetrics and has wanted to contribute to the medical fraternity because it allows her to combine her interest in science and passion for working in the community.

“When I saw a story in the newspaper this time last year about the first cohort of Medical Science students starting at USC, I was so excited that my dream to become a doctor could be made possible from my home town,” Sarah said.

“I’ve worked at a local pharmacy in Noosaville for the past three years so now I can continue to work there while I study.”

USC Head of School of Health and Sport Sciences Professor John Lowe said the level of interest in, and the calibre of applicants for the Medical Science program in 2019 was impressive.

“With just 20 places available, we are making offers to the best of the best of Australian school leavers and competition is high,” Professor Lowe said.

“In a very short amount of time USC’s Bachelor of Medical Science has proved itself as an elite and unique program. Along with the offers made to local students, we also made offers to Brisbane and Gympie school leavers and others from New South Wales, Western Australia, South Australia and Victoria.”

“Our goal is to get the best students in the nation to make USC their university of choice to begin their journey to life as a doctor. Part of that of goal is to see an increase in the number of local school leavers from the Sunshine Coast accepting offers to our program.”

Applications are still open to study at USC in 2019. Details are available at www.usc.edu.au/learn 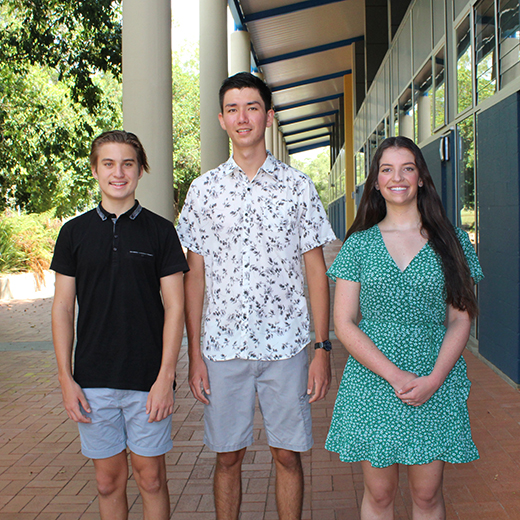