The introduction of new technology at the University of the Sunshine Coast has given Music students the opportunity to strike up a band of virtual musicians – and then play along with them.

Students enrolled in USC’s Music major this semester have been exploring the exciting opportunities of virtual reality (VR) since specialised EXA immersive virtual reality music-making technology was installed in July.

Mr O’Boyle said students wearing VR goggles could strike virtual instruments with a virtual mallet to make sounds that could be looped to play over and over.

“Once the sound has been created on virtual instruments – like guitars, pianos and drums – a student can continue playing along with their virtual band,” he said.

An example is online at www.youtube.com/watch?v=g108bHorcx4

Mr O’Boyle, who recently spoke about virtual reality music at a USC Lounge Lecture at Buderim Tavern, said musicians had nothing to fear about the new technology.

“As musicians, we survive and thrive with current technology, we adapt and innovate as the world changes around us,” he said.

“This is going to be a powerful tool in the music field for our students. It’s taking the next step in technology and I don’t know where it’s going to go.”

He said the virtual reality experience had raised the prospect of augmented reality, including being able to play with musicians from around the world simultaneously.

Mr O’Boyle is a renowned composer whose music is played by orchestras around the globe.

For details about applying to study at USC in 2019, go to Learn 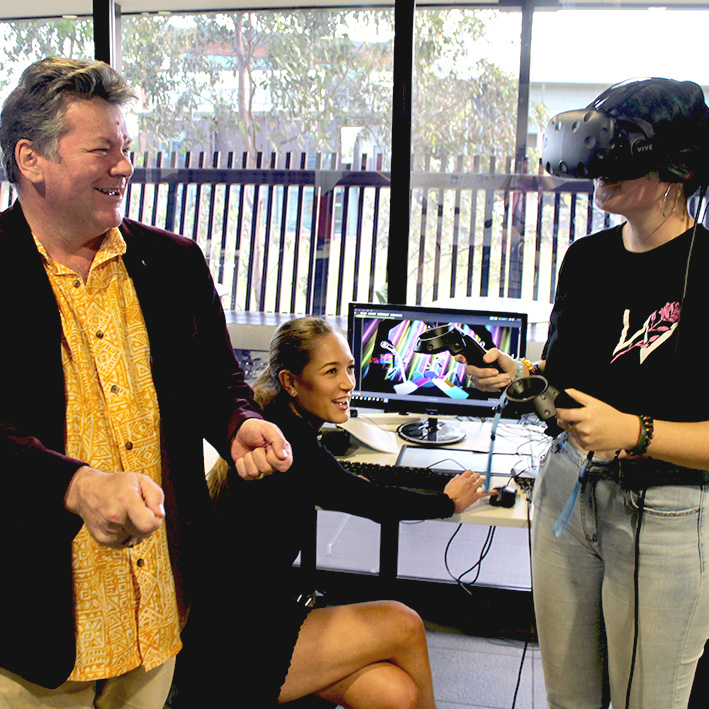