The winner will be decided through a mock trial, presided over by a panel of local legal practitioners, in USC’s impressive moot court – a purpose-built facility with the look and feel of a real courtroom.

The school teams will oppose each other as prosecution and defence in a fictional criminal trial of a man accused of stealing a watch. Starting time is 4.30pm.

USC Lecturer in Law Dr Dominique Moritz said the finalists should be proud of their achievements and continued improvement over the course of the competition.

“This will be a confirmation of all the hard work they have put in to get to the final,” Dr Moritz said.

“It’s not just about making oral submissions. They have to present two pages of written legal argument and, when they make their oral submissions, they need to be prepared to be interrupted and to defend their positions.

“The students have used real case law and legal arguments and the standard has been very high – similar to what we see in some of the mooting contests involving our first-year students.” 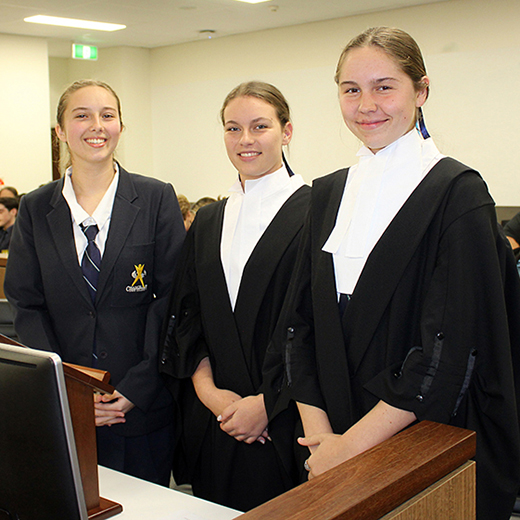 Bachelor of Laws Courses and programs