The team had a solid 44-34 win over a star-studded Australian Catholic University outfit in the bronze medal play-off at the Nationals Division 2 tournament run by Unisport Australia.

Captain Kristi Podlich said despite narrowly missing out on the chance to play for gold, her team mates were rightfully proud to bring home bronze for the second year in a row.

“We’re absolutely stoked considering some members of the team we were up against play for Australian Netball League team Queensland Fusion,” she said.

Other USC teams at the tournament were unlucky not to have claimed medals, with the women’s football team losing 2-1 in a nail-biting bronze medal clash against the University of New England, and the men’s football team finishing fifth overall.

USC Sport coordinator Gary Moore congratulated all USC teams on their spirited performances against some strong opponents at the games, including in basketball, touch and volleyball.

USC will hold its annual Open Day at its Sunshine Coast campus at Sippy Downs from 9.30am-2pm on Sunday 22 July. For more details, go to:  www.usc.edu.au/open-day 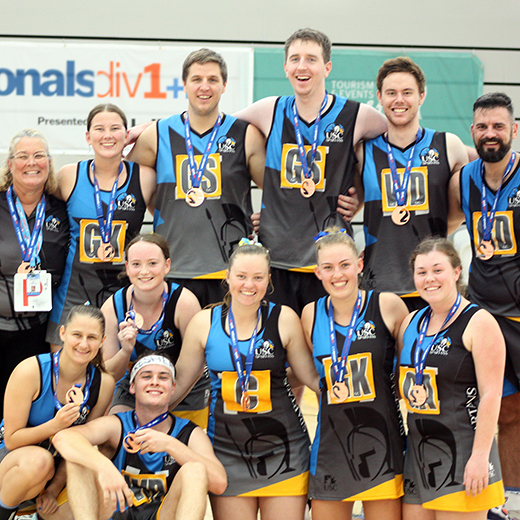