A USC academic who specialises in glacial research has been invited to join an international exploration team that is assessing the effects of climate change on the Greenland Ice Sheet.

Lecturer in Geotechnical Engineering Dr Adrian McCallum is gearing up for a four-week expedition to Greenland’s Store Glacier as part of a team led by scientists from the University of Cambridge in the United Kingdom. Store Glacier means ‘Big Glacier’ in Danish.

Dr McCallum will leave on Friday 20 April to undertake penetrating radar work on the ice cap of the glacier, which extends 30km inland from the Davis Strait.

“We need to measure the structure and thickness of the ice cap because we are trying to understand the relationship between the hydrological networks that exist within the glacier and the ice velocity,” he said.

“This is important because Greenland glaciers are flowing faster than glaciers anywhere else on Earth. If it’s moving faster, it means we’re losing ice on the Greenland ice cap, resulting in water levels rising around the world.

“Part of this project aims to identify where the water goes.”

The adventurous academic, who has carried out research previously in the Arctic, Antarctica and the Himalayas, said he would carefully assess the risk factors when he arrived on site on April 24.

“Because glaciers move downhill under their own weight, with crevasses often opening due to tension at the surface, they can be dangerous places to work,” he said. “We’ll rope up and carefully assess preferred camp and test sites on skis.”

With the Northern Hemisphere transitioning from Winter to Spring, daylight in Greenland can last up to 20 hours a day.

Dr McCallum said this provided the research team with plenty of time each day to gather data, provided the weather stayed good.

“But if it turns bad, we’ll head back to camp to hunker down and re-plan our actions, before doing it all over again the next day,” he said. 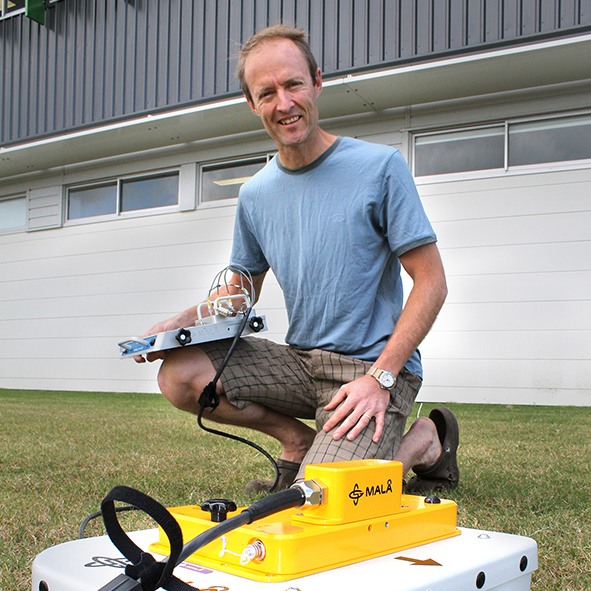