Forty-eight University of the Sunshine Coast students will be winging their way to Perth tomorrow, Saturday 24 September, to compete in the annual Australian Unigames.

USC will field teams in netball, volleyball, futsal and beach volleyball at the multi-sport event from Sunday 25 to Friday 30 September, while individual athletes will fly the Spartans flag in athletics, golf and taekwondo.

Most of USC’s Perth-bound students qualified for the national Unigames after strong performances at July’s Northern Unigames, which was staged at USC’s Sippy Downs campus and other venues across the Sunshine Coast.

Among the athletes to watch at the event will be taekwondo competitor Cameron Taylor, aiming for his third consecutive Australian Unigames title in the 74kg division.

USC Sport’s Gary Moore said qualifying for the Australian event was an achievement in itself.

“All the students have been training hard over the last few weeks and excitement is building about competing on the national stage,” he said.

“Our women’s volleyball side were in top form at the Northern Unigames, so we’re hoping to see another strong performance from them in Perth.

“The standard of competition at the nationals is always very high, but the Unigames is also about team spirit, which is something that the USC Spartans team has in spades.”

More than 5,600 athletes from around the country will contest 34 events at the 2016 Australian event, as well as enjoying a packed social program.

USC Paramedic Science student and volleyball player Chloe Wolski said she was confident her team had the talent to be in medal contention in Perth.

“The team is working really well together,” she said. “We came in fifth at the 2015 Australian Unigames on the Gold Coast, and I think we’ve got what it takes to come in the top three this year.

“It’s always a fantastic atmosphere at the Unigames – it’s competitive, but everyone is there in the right spirit and to have a good time.” 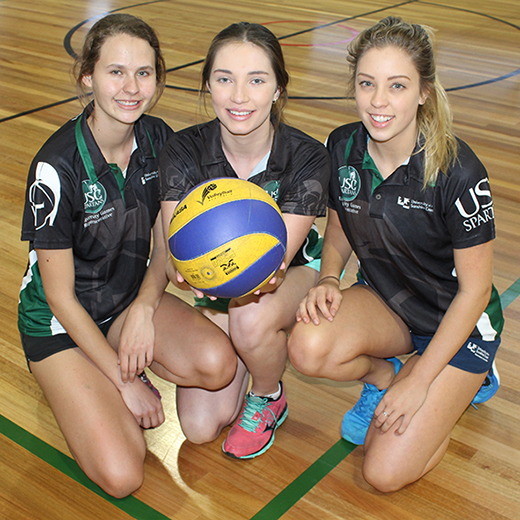 USC to finally fly flag for Queensland in the UBL

USC will be the only Queensland university competing in the inaugural national University Basketball League (UBL) tournament that will begin in April after a year-long postponement due to COVID-19.