New creative project Beeyali is a call to look after Country and its endangered ecosystems | UniSC | University of the Sunshine Coast, Queensland, Australia

NAIDOC Week celebrates and recognises the history and culture of Aboriginal and Torres Strait Islander peoples. Here Australia has an opportunity to reflect on the crucial importance of First Nations knowledge systems in addressing many of the challenges in our world today.

Beeyali is a creative research project currently featuring in the Djagan Yaman exhibition as part of NAIDOC Week. The project began in Queensland to visualise the calls of wildlife using the science of visualising sound. Beeyali is a word from the Kabi Kabi peoples in southeastern Queensland, which means “to call”. The project aims to sound an alarm for the multitude of vulnerable species on the brink of extinction in Australia.

Beeyali was conceived by Lyndon Davis, a Kabi Kabi man and artist with works featuring in national and international collections. Working in collaboration with sound artist Leah Barclay and photographer Tricia King, Davis conceived Beeyali as a way to encourage communities to listen, connect with place and share knowledge through new technology.

The trio (who are also the authors of this article) first worked together on Listening in the Wild. This was a series of immersive soundscapes and photography exploring how remote experiences of natural environments can encourage ecological empathy, cultural knowledge and connection to place. 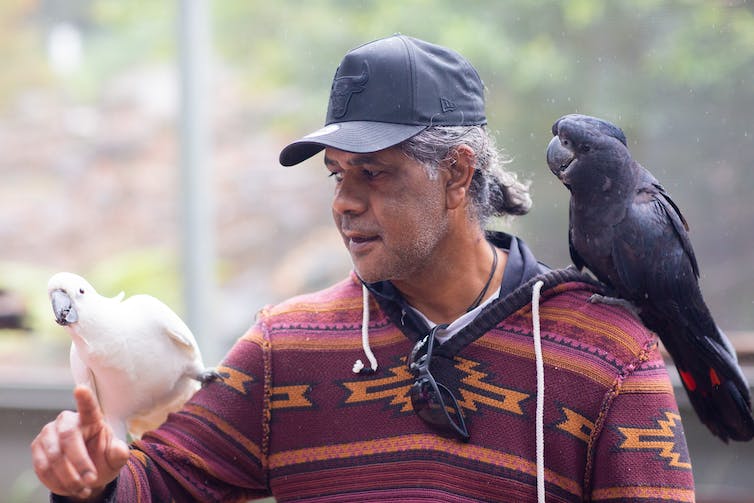 Beeyali was first commissioned as a large-scale projection work for NEW LIGHT 2021 – a national award from the Australian Network for Art and Technology. This allowed us to experiment with cymatics, an interdisciplinary field studying the visual interpretation of sound. 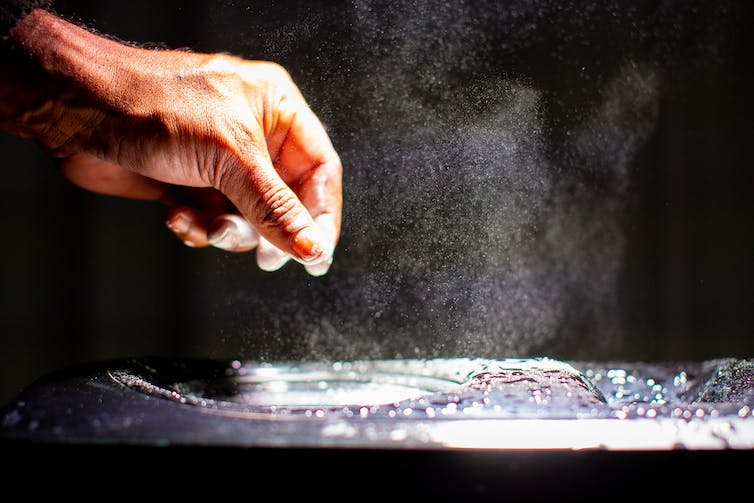 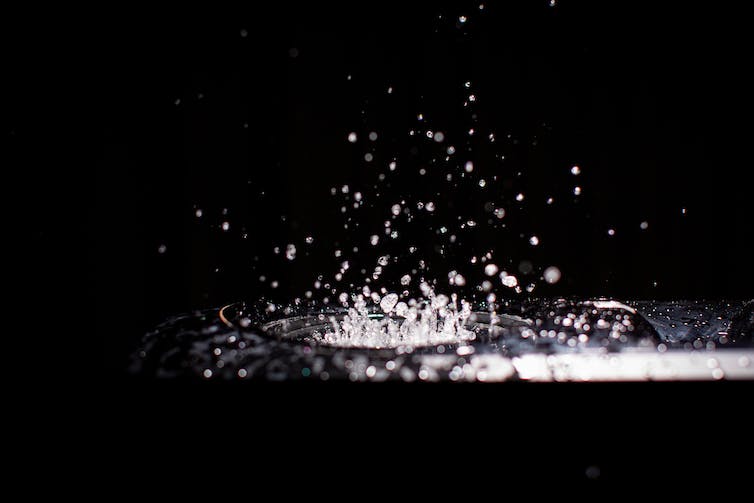 Beeyali cymatic experiments with a photograph freezing the cymatic patterns of a cockatoo call in water.

Cymatics emerged from scientist Hans Jenny’s experiments in the 1960s that generated distinctive and complex patterns with sound on plate when activated with sound waves. Jenny discovered links between cymatics and the environment, with striking similarities between the geometric patterns emerging and naturally occurring principles and patterns in ecosystems. 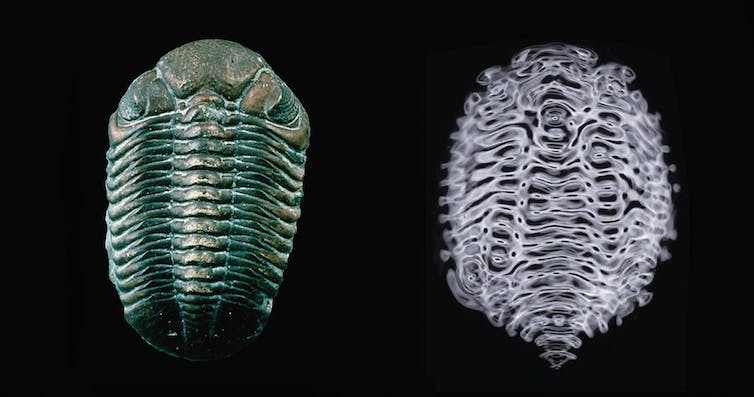 Cymatic image shows a marine trilobite fossil, from an early Cambrian period, on the left and the right shows a trilobite pattern appearing through cymatics (created with a CymaScope by John Stuart Reid)

This evidence of ecological interconnection resonates strongly with some Indigenous Peoples’ connection to environment and was the initial inspiration for the Beeyali project. This project was often informed by Lyndon Davis’ belief that understanding these patterns is fundamental to human health and connection to Country. 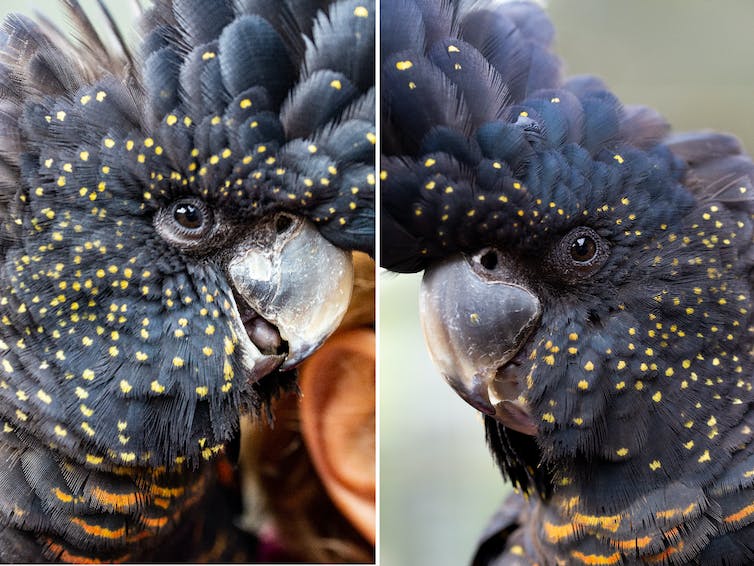 The most fascinating result of these experiments were cultural symbols emerging in the patterns. In the images below, the feathers and eye of the cockatoo become a rippling cymatic pattern where landscapes and trees emerged in the imagery. Davis immediately referenced the four small trees at the top of the image as Bunyas – culturally significant trees on Kabi Kabi Country. 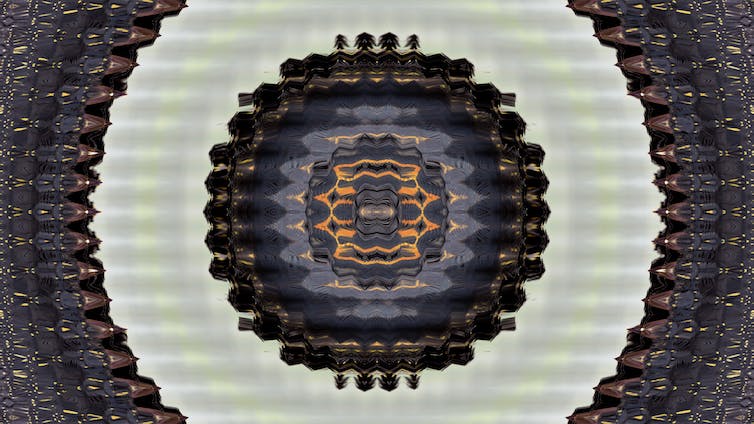 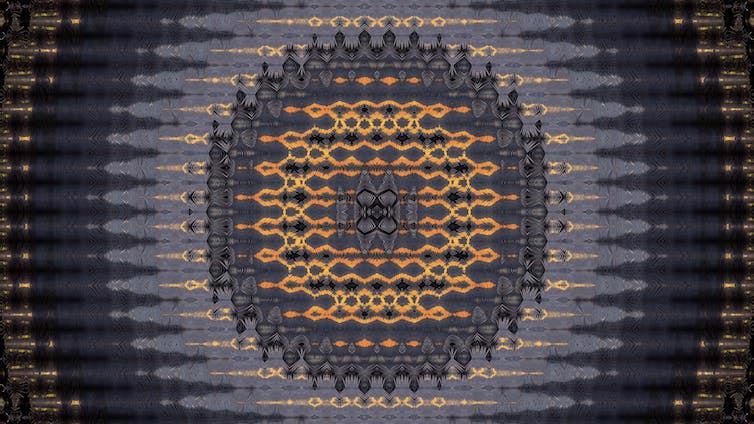 The meeting of Indigenous knowledges, science, creative practice and new technology is core to this ongoing collaboration. The work is being presented at EVA London this week and is currently on show in Djagan Yaman, Davis’ first solo exhibition in the USC Art Gallery.

Our Beeyali project is now expanding, with a recent successful grant from the Australia Council for the Arts which will see the project expand to include the White-bellied Sea-Eagle and Humpback Whale – two culturally significant species on Kabi Kabi Country. 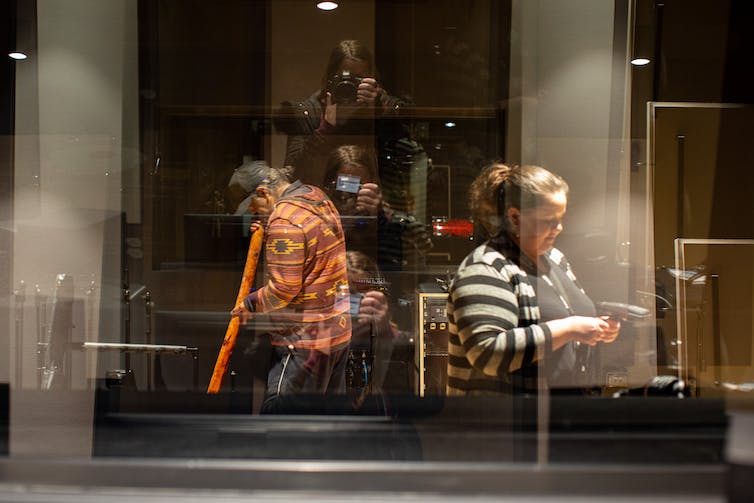 Rapid environmental disruptions and changes are becoming increasingly visible and audible in ecosystems across the planet. There is still much to learn about how our planet’s ecosystems cross over and connect with one another.

We urgently need more effective ways to engage communities in conservation to address the endangered species at risk of being lost if we don’t.

The theme for NAIDOC 2022 “Get up! Stand up! Show up!” calls for action and change. This needs to include addressing the loss of wildlife due to colonisation, and address the damage done to Country and the ecosystems residing within it.

Beeyali upholds First Nations cultural rights through self-determination and we have a mutual respect for the ways we can authentically work together to heal Country. This interdisciplinary collaboration comes from a shared commitment that embodies core values from a place of trust, friendship and reciprocity.

Listening to the environment allows us to understand the patterns of place and can help us better connect with Country and its ecosystems. 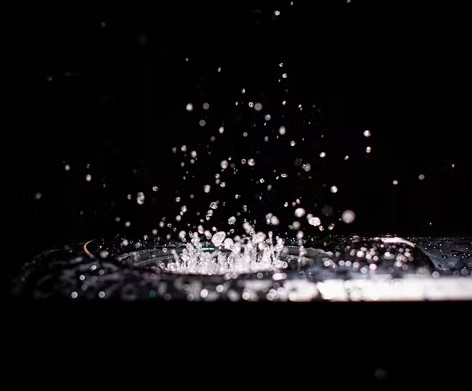 Art researchers win grant to visualise ‘calls of the wild’

How can people ‘see’ the sounds of wildlife?