All roads led back to Ramsay Street for a cul-de-sac of memory and nostalgia: a fitting Neighbours finale | UniSC | University of the Sunshine Coast, Queensland, Australia

As Neighbours ended after 37 years, viewers were treated to a smorgasbord of familiar favourites from Erinsborough’s back catalogue. For decades there were always two characters, though, who remained just a little more embedded in our collective cultural heart.

They were symbolic of the ghosts of Neighbours’ glory days past. Their reappearance was the moment viewers had been waiting for: the return of Scott (Jason Donovan) and Charlene (Kylie Minogue).

But first, other business needed attention.

As we bid adieu, several Ramsay Street homes were for sale. People were moving on. Queensland was once good enough for past residents – now, New York was in the air.

Viewers contemplated all week if Paul (Stefan Dennis), Neighbours longest-serving resident and villain, would leave it all behind to make his mark in the Big Apple.

The suspense built. Viewers risked whiplash as the show brought us back to The Full Monty fundraiser; Chris (James Mason) coming out; Madge (Anne Charleston) being wooed by Lou (Tom Oliver) and Harold (Ian Smith).

Returning from the dead is a familiar soap opera trope. This didn’t happen, but there were spectral visits from Madge, Hendrix (Ben Turland) and Sonya (Eve Morey).

Joel (Daniel MacPherson) was back for Toadie and Melanie’s wedding, and to remind Toadie about his mullet. He wasn’t the only one, as Callum (Morgan Baker) mused, “Ramsay Street without the Toad, it’s like the mullet without the hair”.

Paige (Olympia Valance) returned to wave around her real estate licence to sell off Ramsay Street homes to the likes of vixen Izzy (Natalie Bassingthwaighte), who was back, but this time having sexy times at Lassiters Hotel with Malcolm (Benjamin McNair), the son of her former lover Dr Karl (Alan Fletcher).

Susan (Jacqui Woodburne) was displeased at sharing another man in her life.

In the end Izzy cheated with now cryptocurrency millionaire, Shane (Peter O’Brien). In tears, reflecting on her past, she realised all along she’d just wanted acceptance from the Kennedys, and all was well in the world again. Her vixen status remained intact, but a redemption arc was underway.

You can find the perfect blend

Terese (Rebekah Elmaloglou) had been contemplating a business opportunity requiring her to move away. Would this spell the end of any possible reconciliation with Paul? Unlikely, as Terese was reading Paul’s love letters.

She wasn’t fooling anyone, least of all her boyfriend Glen (Richard Huggett) who fell on his sword in yet another soap trope: the love triangle.

Meanwhile Jane (Annie Jones) struggled to forgive Dr Clive’s (Geoff Paine) infatuation with another woman. Not even his Gorillagram suit stunt could woo her back. Did someone just mention that Jane met her first love on Ramsay Street? Mike Young (Guy Pearce): enter stage left.

What would Neighbours be without a final wedding? Would this wedding buck the soap opera trend and go ahead without a hitch? Of course not. The past was on Melanie (Lucinda Cowden) and Toadie’s (Ryan Moloney) minds – how would they escape their histories and create new memories? Doing so might mean moving away, but does Toadie even exist outside of Erinsborough?

Happily, we will now never know.

Neighbours should be there for one another

How far Neighbours had grown the last four decades – including in terms of LGBTQ+ representation – was evident in the final chapter as queer characters reflected on love, loss, and the changing norms around coming out.

The big drama centred on whether Elly (Jodi Gordon) and Chloe (April Rose Pengilly) would get their happy ending.

Of course they did.

The moment arrived as Scott and Charlene drove into the street with Especially for you playing. Memories of their wedding – which holds an iconic place in Australian TV history – suddenly returned.

What had they been up to since they departed Ramsay Street for Queensland? There were teasers, like their hair, but the big questions such as why was Charlene still in the mechanic’s boiler suit like it’s 1987 will remain forever unanswered.

This fleeting moment of nostalgia was never going to be enough, with the golden couple engaging in minimal dialogue or interaction with the cast, but their presence acted as a sentimental conduit between early days and the end.

As audiences came together to watch in ways they rarely do since the advent of streaming, the omniscient narrator Susan took a final nostalgic stroll through the cul-de-sac.

The Ramsay Street memory book lives on with enough future custodians in place to honour this popular culture phenomenon. All the main characters remained, and viewers were left wondering if Scott and Charlene would stay alongside the reunited-in-a-nanosecond Mike and Jane.

It’s unlikely Australia will ever see another Neighbours. For the viewers, it was, in the words of Charlene last night, “home sweet home”.

Correction: an earlier version of this story misattributed a quote. 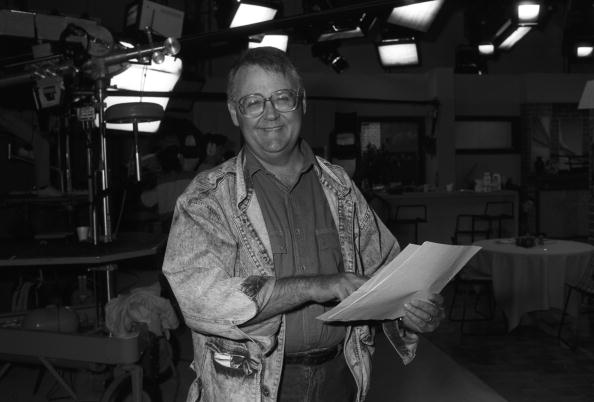