Researchers from The University of the Sunshine Coast say the photos are helping to better understand and protect sawfish, named for their unique saw-like snout (rostrum) extending up to over 1.5 metres.

DNA samples are also being taken from old ‘saws’ stored in museum collections as part of the collaborative study by USC PhD student Nikki Biskis and Sharks And Rays Australia (SARA) that is comparing historic and current sawfish distributions through untapped sources, such as family fishing photos.

In the past six months, Ms Biskis has uncovered a rich haul of data on the distribution of sawfish species in a search that has taken her from the waters of Mackay and Far North Queensland to museums and historical societies across the state.

“Sightings and historical photos are crucial for this project,” said Ms Biskis, who was amazed to find possibly Australia’s oldest photo in a collection of glass slides at a museum in Hervey Bay, where she is based at USC’s Fraser Coast campus.

“It was a photo of a sawfish caught local to Hervey Bay from the 1890s, making it the oldest picture we’ve uncovered in Australia, and the first one from this area.”

In another breakthrough, Ms Biskis was contacted by a family who recognised a photo used to promote the campaign that showed Bundaberg region fishermen with a catch of sawfish in the 1960s. It is believed to be one of the last photos taken of sawfish in subtropical Queensland.

“I met the family of one of the men from the photo and they were able to point out exactly where the animal was caught almost 60 years ago. I rarely get such detailed location data,” Ms Biskis said.

“When people send through photographs of animals or saws with dates and locations from their collections, it tells a completely new story. It's like everyone's got a piece of this puzzle – but they don't know it.”

SARA Principal Scientist Dr Barbara Wueringer said it was extremely exciting to see so many historic photos come in from South East Queensland. “However, we’re yet to see a recent image of a live sawfish south of Mackay,” she said.

Australia is considered a ‘life-boat’ for four of the world’s five species of sawfish, which were once widely distributed along Australia's east coast, down to Sydney Harbour.

“With sawfishes having lost over half of their habitat worldwide, and largely disappearing from the entire east coast of Australia, our biggest fear is they will vanish quietly,” Ms Biskis said.

“These latest photos are building on ongoing research by SARA and filling in the gaps in information about the rays’ ecology, biology and historic distributions.”

Both historic and recent sawfish sightings and images can be submitted to www.cytags.com

Saws in personal collections can also be donated to SARA, to aid in both the collection of DNA samples, and to be used in education and outreach. 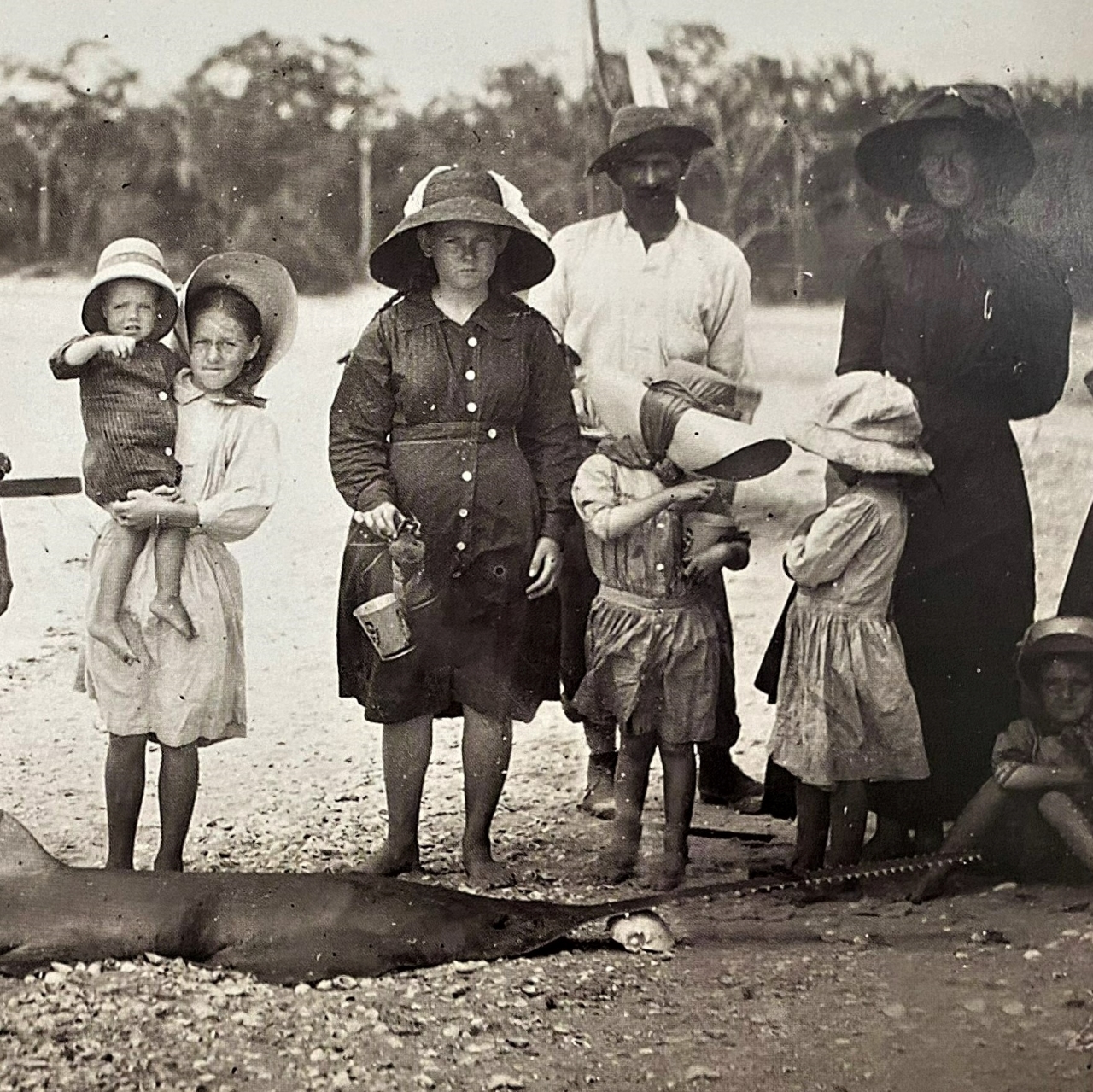