Graduating dad opts to sit with kids – to watch mum cross the stage instead | UniSC | University of the Sunshine Coast, Queensland, Australia

Only one of them will cross the stage at a University of the Sunshine Coast graduation ceremony this week but husband and wife graduating students Clayton and Lisa James wouldn’t have it any other way.

“This way our most important guests – our children – can attend,” said the couple who embarked on a joint sea and career change four years ago, leaving jobs in Canberra to relocate to the Sunshine Coast, so they could both study full-time at USC.

After years juggling competing deadlines and priorities and late night and early morning study sessions while sharing caring for their three children under five years of age, it was no surprise when the logistics of both graduating at the same ceremony presented one final challenge.

With their extended family interstate, Clayton will forgo being formally awarded his degree and sit with his children among the USC Stadium crowd so they can witness Lisa being presented with a Bachelor of Dietetics at a 6pm ceremony on Monday.

“It is so important that they get to share in this moment with us,” said Lisa, a former hairdresser. “Angus, Edward and Charlotte have made sacrifices, supported us, encouraged and tolerated us, and without these special people, we could not and would not have made it to this point."

“At this stage, I may still wear the academic gown and trencher, just in the audience,” said Clayton who completed a degree in Clinical Exercise Physiology, after working for more than 10 years in workplace health and safety with a Federal Government department in Canberra.

He has been awarded a University Commendation for academic excellence during his studies.

The couple said Lisa’s graduation ceremony will give them a chance to celebrate and reflect on how far they have come since making the major decision to move interstate and take on a dual career switch.

“With three little people and full-time study loads, we were warned by many that we were about to undertake a near impossible task,” Lisa said.

“While we admit the ride had its ups and downs, the results are well worth the investment and overshadow the challenges.”

“From an academic perspective, our dreams included study and career transition into community allied health, and we were seeking a healthy, active outdoor lifestyle and community for our children,” Clayton said.

“We checked out a number of campuses throughout Australia, and USC – along with the Sunshine Coast and its community and culture of sun, surf and smiles – became the obvious choice for us, with no comparison.”

They said at USC they were welcomed as a family, supported by staff, encouraged through challenges, and given networking opportunities and assistance.

“We developed newfound family and lifelong friendships, the USC Student Guild made it a home away from home and we became part of the USC community,” they said. 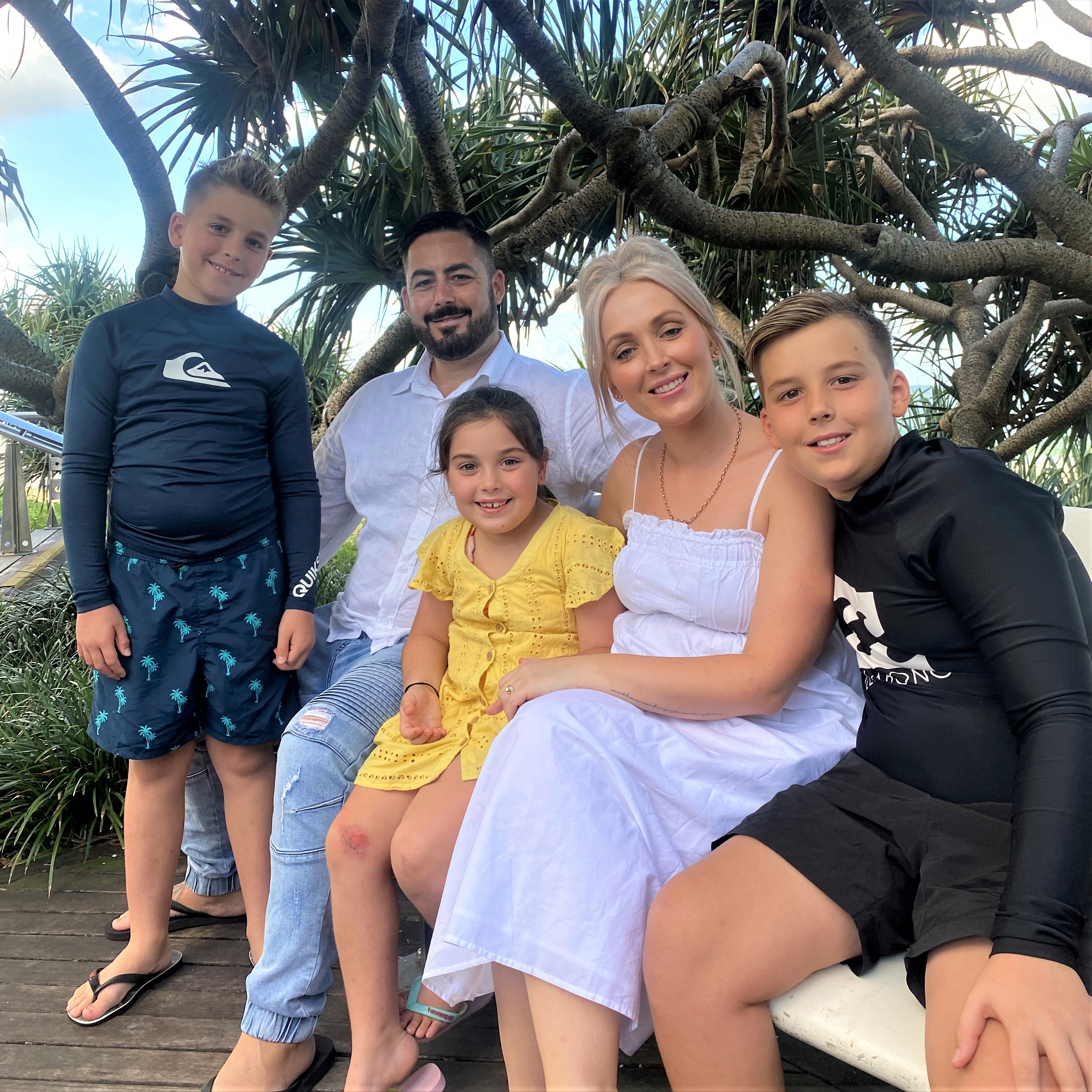 Education graduate's journey shows others what their futures can be