The Spartans claimed the Jodie Martin Trophy for overall champion university after winning nine medals (five gold, one silver and three bronze) and outperforming teams from some much bigger universities along the way.

The event from 27-29 September featured 1,000 athletes from 10 Queensland universities and the University of South Australia. It was held in place of the annual UniSport Nationals Divisions 1 and 2 carnivals that were cancelled due to widespread COVID-19 restrictions.

Both USC basketball teams were undefeated throughout their tournaments, with the men’s side defeating The University of Queensland 67-57 in the final and the women’s side outscoring QUT 57-42 to become champions.

In the FUTSAL finals, USC’s women’s team outclassed Griffith University 5-2, while the men’s team beat USQ 4-3 after an undefeated campaign.

And in the men’s beach volleyball final, USC were too good for Griffith University winning two sets to nil.

USC Sports Coordinator Gary Moore said he was thrilled with the results, which included the University placing second in the per capita rankings.

“We don’t normally win too many finals, so to win five out of six on the final day of competition was pretty amazing,” Mr Moore said.

“Four of the gold-medal winning teams from USC were playing at the same venue at the same time, so it was an awesome experience – there were students cheering everywhere.”

A bruised, hoarse but happy USC Sports Captain Gemma Kinnealy said the Spartans could now lay claim to being the best team ever to represent the University at a UniSport carnival.

“Everybody was absolutely ecstatic that USC was named overall champion. Nobody expected it, to be completely honest,” the final-year Occupational Therapy student said.

“It would have been interesting to see how we would have gone against the bigger universities from Sydney and Melbourne if those areas weren’t in lockdown.” 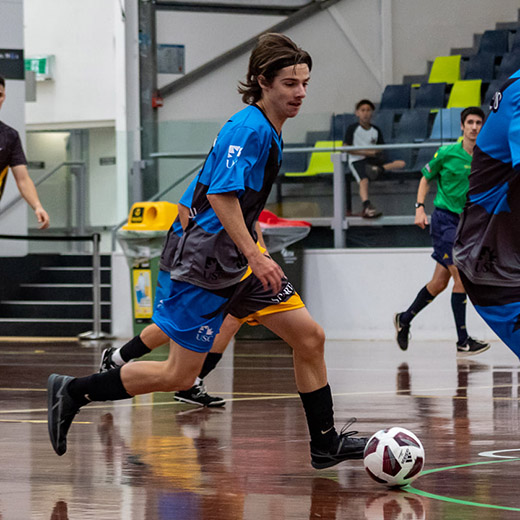