The Wakka Wakka-Kalkadoon woman, who provides counselling support for Aboriginal and Torres Strait Islander students at the University, was the driving force behind the first NAIDOC Week celebrations ever held on the Sunshine Coast in 2003.

“I think NAIDOC Week is important to all Australians – not just Aboriginal and Torres Strait Islander people,” Aunty Judi said. “We need to come together on this. We’re all sisters and brothers. It’s a celebration for all citizens of this country.

Aunty Judi, who is a social worker and holds both a Bachelor of Arts (Honours) and a Master of Arts from USC, said NAIDOC Week provided an important opportunity to recognise the trans-generational trauma suffered by Aboriginal people.

This is a topic she has researched extensively after learning that her grandfather received a “certificate of exemption” under a government policy that continued until 1967 with the guise of allowing Aboriginal people to live in a “white man’s world”.

Aunty Judi said while the exemptions offered legal freedoms denied to other Indigenous people – such as the ability to travel freely and live and work where they wanted – they had a serious downside.

By requiring certificate holders to renounce their culture and heritage, they led to significant breakdowns in family and cultural connections, the ramifications of which are still being felt today.

One of Aunty Judi’s articles about exemptions is featured in Black, White and Exempt, a new book co-edited by La Trobe University academics Dr Jennifer Jones and Dr Lucinda Aberdeen (previously from USC).

Aunty Judi will speak on this topic at a ‘Second Rethinking and Researching 20th Century Aboriginal Exemption Symposium’ that will be hosted by USC and La Trobe University in late October. 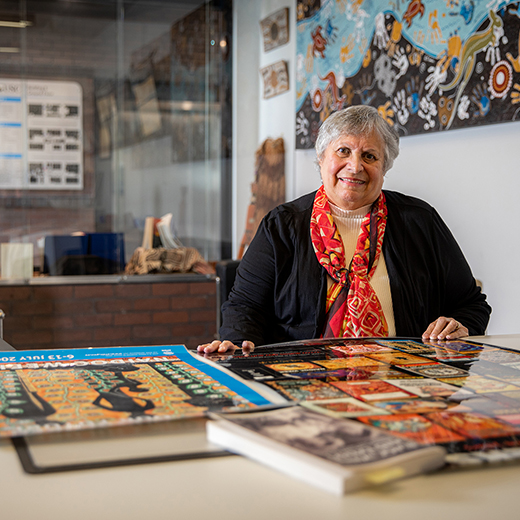