Sophie has just completed a combined degree in Marketing and Biomedical Science at USC, where she was a member of the University’s High Performance Student Athlete program.

A video of Sophie being interviewed about her surfing ambitions by Sunshine Coast Lightning goal shooter Peace Proscovia is online at USC’s ‘Aiming for Games Glory’ page.

In the interview, she describes the introduction of surfing to the Olympics as a huge step for the sport.

“We haven’t always been noticed as professional athletes and I believe that being a part of the Olympics will help everyone else gain an understanding of the sport,” she said.

“The next Olympics is definitely one of my main goals. I would love to be able to have the opportunity to try and win gold for my country.”

Six athletes associated with USC are competing in the Tokyo Games.

Results for USC athletes to date are: 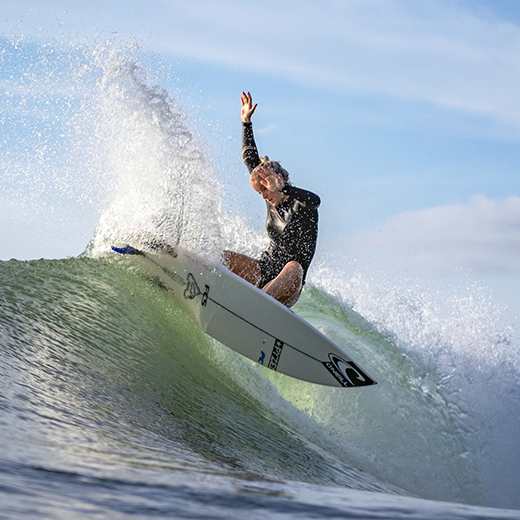 The University of the Sunshine Coast is cheering on a team of athletes and coaches heading for Birmingham to take on the world’s best at the 2022 Commonwealth Games.