A multi-million bestselling author and renowned school principal who ditched tertiary study several times before finding his passion for educating and entertaining young people has celebrated receiving his first honorary award from a university.

John Marsden, 70, was introduced as an Honorary Doctor of USC Australia when he attended today's 12.30pm graduation ceremony on the Sunshine Coast in Queensland.

The award recognised Mr Marsden’s outstanding contribution to Australian literature and education as an internationally renowned author and inspiring teacher.

Mr Marsden’s Tomorrow, When the War Began series of novels for young adults has become key literature in schools across Australia and the globe, as well as a popular movie and television show. He has won most major writing awards for young adult fiction, including the 2018 Dromkeen Medal.

Today's ceremony was USC’s opportunity to celebrate with Mr Marsden, after COVID-19 restricted public events on campus last year, when the award was conferred.

Mr Marsden said he accepted the award with gratitude both personal and professional.

“The gratitude has personal origins,” he said. “Like many a young person, I went from school to university in a rush, with a naïve and ill-formed understanding of what I would encounter.

“As a result, I stumbled around for several years before abandoning my attempts at tertiary study, and only became successful at an undergraduate career at the age of 30.

“By that stage of my life, I relished learning, loved the subjects, and read the texts avidly.”

The author with more than five million book sales – and whose upcoming non-fiction book Take Risks will explore parenting, educating, and his schools – said he was honoured by USC’s recognition and looked forward to making further connections with the University.

“When I first had novels for teenagers published, I found to my surprise that I had joined a group which was brushed aside by reviewers, critics and even other authors. We were not taken seriously, in the same way that Western society regarded adolescents as irrelevant and irreverent.

“To me, the conferral of the honorary doctorate by the University of the Sunshine Coast is an acknowledgement by this distinguished body that such areas as the schooling of young people and the writing of fiction for young people do matter, that these are not inconsequential affairs.”

“His persistence throughout life, despite obstacles in his own youth, and his achievements in Australia and on the world stage make John Marsden a worthy recipient of Doctor of the University,” the Chancellor said. 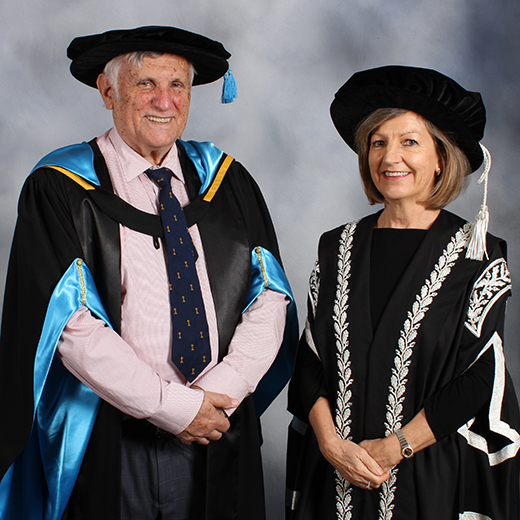