‘Anything is possible’ is the inspiring message a Fraser Coast mother-of-five shared in an address to graduating USC students at a recent ceremony at Maryborough’s Brolga Theatre.

Christina Buchan, who left school after Year 10, excelled in her Nursing Science degree at USC and has received a prestigious University Medal for Academic Excellence and a Student Leadership Award.

After completing her studies at the end of last year, Christina gained a highly competitive graduate nursing position with Queensland Health at the Childers Hospital. She also works at a GP clinic in Hervey Bay.

“My key message is that you can conquer your fears if you face them head on,” she told the crowd at the graduation ceremony that included almost 90 USC graduates from the Fraser Coast who have completed degrees over the past two years.

“I spent 24 years raising my five children and working as a part-time waitress, retail assistant and a family day care educator, and never thought of myself as an “academic person,” she said.

“I had previously enrolled twice but didn’t begin because I could not face my fear of failing.”

Christina said she had an incredibly positive university experience once she began her studies at USC’s Fraser Coast campus, describing it as transformative.

“I believe that the strong morals and ethics that I already possessed prior to university put me in good stead for completing my degree,” she said.

“However, it was the education and support that USC provided that strengthened and scaffolded my beliefs which transformed me into a better version of myself.

“University also throws you in with a diverse range of people, each with their own personal experiences, which impacted me greatly and contributed to an increased empathy and understanding which is now proving invaluable in my role as a registered nurse.”

Christina said her family was her main inspiration for initially enrolling in Nursing Science and an incredible asset along her academic journey, which culminated in an outstanding grade point average of 6.7 out of 7.

“I had three premature babies, a son who had a motorcycle accident and a family unit that had been infiltrated by cancer, so I chose to learn more about nursing practices to be able to advocate for and assist people in similar predicaments,” she said.

“My family believed in and supported me every step of the way. With them on board, there was no other option than to do my best.”

Like many other mature-age students, Christina completed USC’s Tertiary Preparation Pathway (TPP) to gain study skills and meet the entry requirements to begin her degree.

“I commenced TPP as I wanted to give myself every opportunity to succeed,” she said. “As I progressed, my confidence in my abilities grew immensely, while the science component gave me foundational knowledge that I continued to build upon throughout my studies.”

Applications are open to study at USC in Semester 2 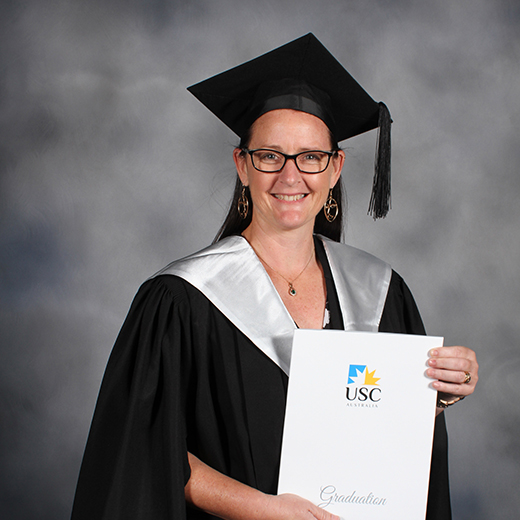