A lack of diversity in social media depictions of yoga has prompted a USC researcher to begin a study into the effect this might have on women’s body image and participation in yoga.

“As a yoga teacher, I have been seeing an increasingly idealised version of yoga on social media that is almost performative, particularly over the past five years,” said Ms Hinz, who has qualifications in Sport Science and Psychology and is supervised by Senior Lecturers in Psychology Dr Kate Mulgrew and Dr Tamara De Regt.

“The majority of women in the images were under 30 years old, predominantly white, thin, toned and able-bodied. Most were in advanced yoga poses and many had adjusted the poses to make them aesthetically pleasing but which also increased the potential physical risk.”

She had searched the Instagram hashtags #yoga, #yogabody #yogawoman, #yogapractice to find the 800 images, and now plans to share some of them with women to assess the effect the images have.

“I want to understand how women rate the health and competence of ‘Insta-yogis’, and how that influences their intention to participate in yoga themselves, because a lot of health and lifestyle choices are being driven by what people see on social media,” Ms Hinz said.

“Social media influence in the yoga community is huge. And although yoga is part of the wellness industry, this phenomenon on social media may be having a detrimental effect on the viewer’s body image and mental wellbeing and may limit the potential benefits of yoga to women.

“I hope, through my study, to determine if this is the case.”

Ms Hinz is seeking female participants aged 18 to 35 from across Australia to complete an online questionnaire.

She also plans to survey yoga teachers across Australia to understand their views on yoga representation and what they do to promote accessibility in their classes and studios. 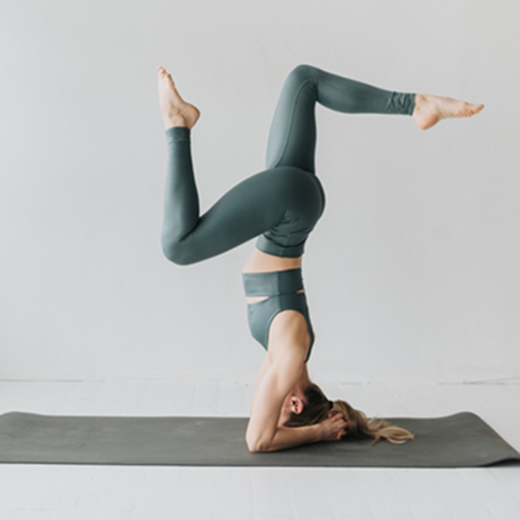 A study to understand more about how kangaroos move has attracted major funding to the University of the Sunshine Coast.

Preparing for a heating future in the Sunshine State

As the climate warms and heatwaves become more frequent and intense, our planning and building regulations need to be fit-for-purpose for the risks we face now and into the future.