Life in aged care could become a whole lot cooler thanks to an innovative new research project led by USC and Griffith University.

Researchers will investigate the impacts of greenery, like shrubs and trees, on aged care facilities and their residents, and use this information to develop a model Heat Adaptation Plan for Queensland’s aged care industry.

Landscape architects Dr Chris Boulton from Griffith and Dr Sylvia Tavares from USC are also involved in the project.

The team will conduct research and develop heat adaptation plans for industry partner UnitingCare’s Queensland facilities, something Dr Matthews said had been largely overlooked by the aged care sector.

“Remarkably, very little attention has been paid to the role of urban greenery in reducing heat stress for seniors.

“This innovative new research will tackle this crucial issue, with direct benefit for some of our most vulnerable populations.”

Dr Matthews said adding greenery, like shrubs and trees, to reduce heat loads in aged care facilities would be the key focus of the study.

Professor Baldwin said smart technology would be deployed to record baseline heat loads, target areas for heat reduction and to track improvements in greenery and heat stress over time.

“This project involves providing leadership and capacity building for climate change adaptation in the aged care sector,” she said.

“Reducing heat in aged care facilities will have multiple benefits for health, economic and social benefits for aged care providers, residents, staff and visitors, as well as contribute to biodiversity.”

UnitingCare welcomes the opportunity to collaborate with USC and Griffith University in taking a lead role to address the impacts of climate change through the first evidence-based heat adaption plans within the aged care sector in Queensland.

The project team will also conduct sector-wide workshops across Queensland to determine whether heat adaptation plans could benefit other aged care facilities.
Professor Baldwin and Dr Matthews published a paper earlier this year on Planning for Older People in a Rapidly Warming and Ageing World: The Role of Urban Greening. 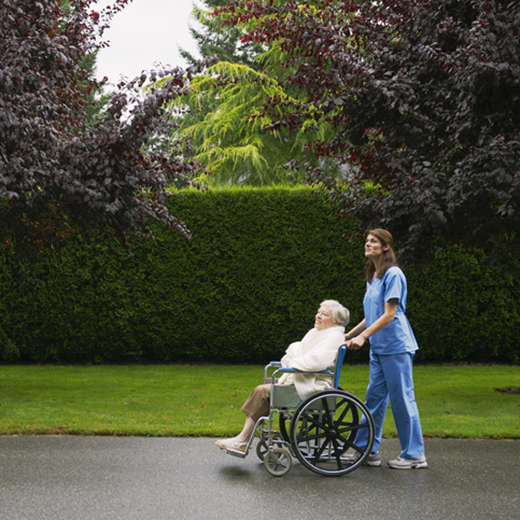 As parts of Australia swelter through heatwaves this week after one of the hottest years on record, USC researchers are investigating the role urban planning and design policy can play in reducing health risks from extreme heat exacerbated by "urban heat islands" in cities and towns.

As parts of Australia swelter through heatwaves this week after one of the hottest years on record, USC researchers are investigating the role urban planning and design policy can play in reducing health risks in cities and towns from extreme heat that are exacerbated by “urban heat islands”.