USC researchers on the Sunshine Coast and in Sweden are taking part in an A$9.2million international program to transform communication of environmental and sustainability issues, such as climate change.

Senior Lecturer in History and Futures Dr Marcus Bussey and Professor of Sustainable Development Neil Powell, who is a joint appointment of USC and Uppsala University, Sweden, have started work on the four-year program.

Known as “Mistra Environmental Communication – reframing communication for sustainability”, the program is led by the Swedish University of Agricultural Sciences and Uppsala University.

It includes the University of Texas in the US, Charles University in the Czech Republic, Lund University, Sweden, 28 governmental and non-government organisations and the business sector such as GreenCollar in Australia and Greenpeace International.

USC will receive more than A$560,000 of the funding provided by Mistra, a Swedish foundation that invests in research aimed at solving key environmental problems.

Professor Powell will lead one of five key focus areas in the program entitled ‘Science and Knowledge Co-Production’.

“Knowledge co-production is considered a promising approach to support development, adaptation and implementation of actions as a response to complex and post-normal situations such as climate change, the COVID crisis and the 2019 bushfires,” he said.

Dr Bussey, who teaches environmental history and futures, said USC was excited to be working on innovation in science communication.

He said Mistra funding was prestigious and the Mistra Environmental Communication program was crucial to Sweden’s goals, which included becoming carbon neutral by 2045.

“Professor Powell and I will be researching how to incorporate sustainability concepts into novel transformative methodologies such as serious games systems that will open up people’s understanding of the issues,” he said.

“Serious games systems could allow scientists and key stakeholders to test people’s responses to controversial sustainability issues in a creative and playful manner, devoid of the politics that can distort outcomes.

“This research is necessary because the speed at which the climate is changing is exponential, and this is having a profound impact on the Earth’s biosphere.

“Generally, people have an immunity to change, but the tipping points will be hit much faster than human consciousness can keep up with.”

USC postgraduate students are currently being recruited for the program. 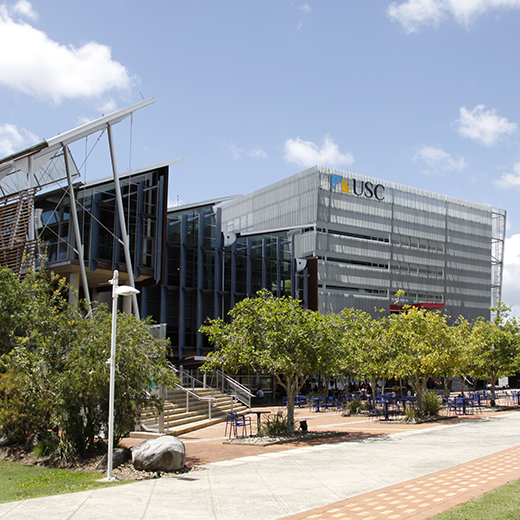