With the Australian Government declaring the study of psychology a national priority and mental health becoming a key focus as the country recovers from the impacts of COVID-19, two talented USC Sunshine Coast graduates have stepped forward at the right time.

Brad Lines and Madison Sundgren pursued a shared interest in helping others while completing Psychology degrees and are keen to continue making a difference to the community in their new profession.

Brad, 32, and Madison, 28, this year both received USC’s highest honour for a graduating student – the Chancellor’s Medal – in recognition of their excellent academic results, their tireless community volunteering efforts, and work in fostering student connections on campus.

They became friends in their first year of study and combined forces to re-establish the USC Psychology Club in 2017 to create awareness of mental health issues and coordinate peer-led study groups and social activities.

It was just one of many volunteer roles – both on and off campus – they collectively took on during their studies, including volunteering at Orange Sky Laundry, St Vincent de Paul Society and Lifeline, and fundraising to educate disadvantaged youths in Kenya.

Brad, who spent five years as a fly-in, fly-out driller in the mining industry before enrolling in the Bachelor of Social Science (Psychology) at USC, was the founding president of the revamped Psychology Club.

The Landsborough resident, who since graduating works as an Ability Advisor at USC, said he was motivated to go above and beyond by a desire to contribute to positive experiences for other students.

“Once I started getting involved in extracurricular activities, more opportunities started to present themselves and I found it so rewarding to see others engage with the whole experience of what it is to be a university student,” he said.

“I also found that connecting with other students from a range of disciplines really broadened my own university experience and worldview,” said Brad, whose impressive overall results earned him a USC Commendation for Academic Excellence.

Brad’s enthusiasm also motivated others – including Madison – and he worked to link fellow students with volunteering opportunities at USC and the wider community.

“Brad and his wife Sam were the ones who introduced me into my first volunteer role called Buddies – a St Vincent de Paul Society program for local disadvantaged children – and the rest is history,” Madison said.

Madison, who graduated with First Class Honours in Psychology, said she took up the position of Psychology Club secretary to help create an open, safe, non-judgemental space for like-minded students to connect and have an opportunity to make lifelong friends.

“I just intrinsically enjoy the process of helping others and getting involved in my community, particularly when there is a mental health focus, which I am passionate about –so it is surprising to get an award for these experiences,” she said.

The Meridan Plains resident, who also received a University Medal for her outstanding grade point average of more than 6.8 out of 7, is completing a Master of Psychology (Clinical) with a goal to work in child and youth mental health.

“Every volunteer role, from being a Study Leader at USC to a Lifeline telephone crisis supporter, was so different and each role shaped me into the person I am today and led me to the ‘right’ pathway for me, that of a clinical psychologist.” 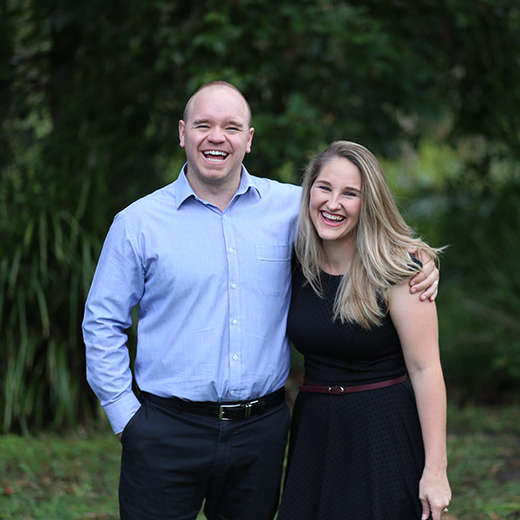