A record number of people have received offers to begin degrees at USC in Semester 1 this year following a major expansion of the University.

The increase in offers follows the construction of USC’s new Moreton Bay campus at Petrie, which will open for classes next month. Almost 1,000 offers have been made for places at this campus to date.

The most sought-after degrees overall at USC are in the health-related disciplines of Nursing Science, Biomedical Science and Paramedic Science, followed by degrees in Animal Ecology and Business.

The University will continue to make offers later this month and throughout February, with Semester 1 beginning on 24 February at its campuses on the Sunshine Coast, Fraser Coast, Gympie, Caboolture, Moreton Bay and South Bank.

USC Vice-Chancellor Professor Greg Hill congratulated those who have received offers to study at USC and urged new students to join in Orientation activities in mid-February.

Professor Hill said this was an exciting time for students to be starting at USC, as the University entered a new phase of growth and development.

“There are new infrastructure initiatives in progress or being planned for all our campuses, so students can be confident they’re joining an institution that’s really going places and is focused on local needs.”

Enrolment information has been provided to applicants online, with applicants encouraged to respond to offers by Tuesday 21 January.

Anyone who has received an offer to study at USC will also have received enrolment and study planning information in their offer email. Those who did not receive an offer can also contact USC’s Student Central for advice about further QTAC offer rounds. 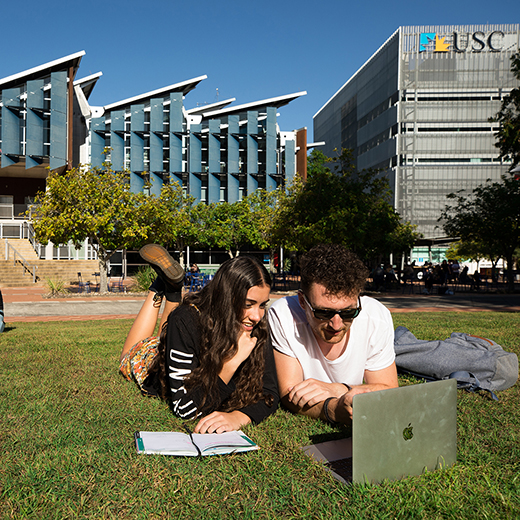