Naomi Joyce, of Palmwoods, is a graduate engineer with Arup, which has more than 15,000 professional and technical specialists working across 140 countries on built environments ranging from stadiums to renewable energy.

The 2014 Suncoast Christian College OP1 graduate started at Arup in November last year while finishing her USC degree, and was offered the graduate position in July.

She gained a University Medal for Academic Excellence for achieving a near-perfect grade point average of 6.91 out of 7.

“I am learning so much with Arup’s transport infrastructure team,” Naomi said.

“I’ve been working on several large local infrastructure projects such as the Beerburrum to Nambour Railway Upgrade Project and the design of pavement rehabilitations for the D’Aguilar Highway, Beerburrum Road and Caloundra Road.”

Naomi, who in 2015 was one of four students to receive an inaugural $32,000 Thompson Excellence Scholarship, said she enjoyed her USC studies, lecturers and engineering cohort.

“I’m glad to have been able to study in my home town, to gain valuable work experience along the way, and to have had the opportunity to travel,” she said.

Naomi will also present a paper based on her Honours research in Fiji at the Australasian Fluid Mechanics Society Conference in Brisbane in December.

In 2019 she studied in Fiji and interned in Vanuatu after receiving a prestigious Australian Government New Colombo Plan scholarship, describing her experiences as transformative.

“While in Fiji, I completed my Honours project at the University of the South Pacific, researching the feasibility of tidal power generation at Malolo Island and designing an array of tidal turbines for the location,” she said.

“In the future, I am keen to develop my engineering skills, participate in more research activities and continue my involvement with the Pacific Islands.”

Applications are open to study at USC in 2021. 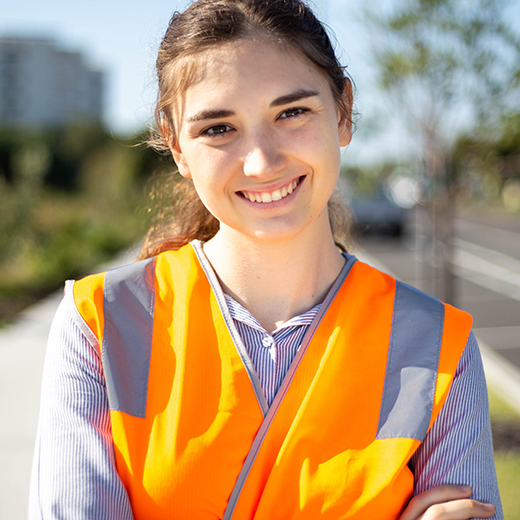