A “perfect storm” of conditions has caused a bumper bluebottle season at Queensland’s swimming beaches, a University of the Sunshine Coast graduate research ecologist says.

“We found there tends to be a longer stinger season during the El Niño weather cycle which usually lasts one year and is associated with warmer waters,” she said.

“But larger 20-year natural cycles in global jellyfish abundance also occur, the cause of which is still unknown.

“On top of this, climate change is intensifying our hot summers.”

Ms Delaney said that bluebottles were “passive floaters” and their location was entirely determined by wind, waves and currents, with strong offshore winds driving many onshore in the past week, particularly on North-facing beaches.

They mostly feed on small fish, crustaceans and molluscs and, in turn, are eaten by the blue dragon nudibranch, which stores the stinging cells for its own defences.

Ms Delaney chose to study jellyfish in 2016 after observing hundreds wash up onto Sunshine Coast beaches during the summer but says this season has topped previous summers as a recorded breaker for stings.

“Unfortunately, it is likely to continue as we predict a longer stinger season in Queensland this summer”, she said.

She said several stings by Carukia barnesi, a type of Irukandji jellyfish in the waters on the west-side of Fraser Island for the third year in a row, suggest the species had established there, but as “small and delicate creatures” they were unlikely to thrive in surf beaches.

“There is currently disagreement between scientists as to whether this species of Irukandji will thrive further south and more research into this area is needed. We should have more answers in the coming years,” she said.

“The fact is that we humans are changing the climate which is supporting an increase in the abundance and location of some jellyfish species, resulting in negative impacts to tourism and health industries – another reason why we must reduce our carbon emissions.” 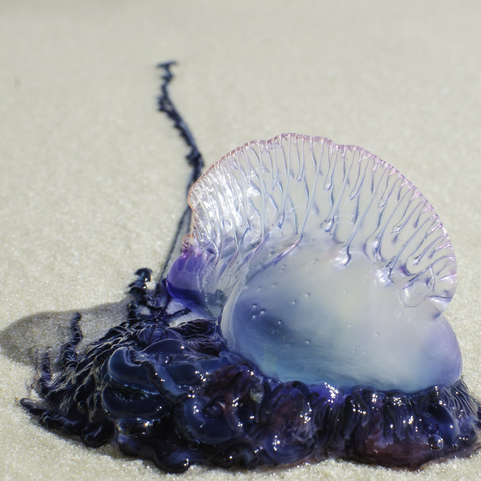