A USC postgraduate student is turning a lifelong fascination for lighthouses and her dream of becoming a published novelist into a career.

Bianca Millroy, of Eudlo, is writing a historical fiction book based on true events on one of Australia’s most isolated islands as part of a USC Master of Professional Practice (Creative Writing).

The novel about the trials and triumphs of a fictional lighthouse keeper’s wife began as a short story called The Solitary Light, written in 2014 after she left her property management job in Palm Cove to begin a Bachelor of Creative Writing at USC.

“A few years on from the spark that first drew me to ‘The Solitary Light’, I can honestly describe my experience as a creative writing student at USC as transformational,” said Ms Millroy, who has achieved a string of successes.

She also gained a full-time communications position with USC’s Student Communications and Events after completing her undergraduate degree last year.

“These milestones solidified my passion and resolve to become a published author and to work in the field as a communications professional,” Ms Millroy said.

She enrolled in the Master program because it aligned with what she wanted to achieve as a writer. “It has been invaluable in producing my first manuscript,” she said.

“Working with a powerhouse team of author-academics as course coordinators and one-on-one mentors, I have gained real insight into the world of a writer and received constructive, practical advice to advance the integrity and innovation of my writing practice.

“My novel is interwoven with creative non-fiction and magic realism and is inspired by true events on the isolated South Solitary Island, off the coast of Coffs Harbour, from the 1930s to the 1970s.

“Lighthouses have always fascinated me and the passion grew when I moved to the Sunshine Coast and toured the Caloundra lighthouses.”

After discovering the South Solitary Lighthouse from an Australian film of the same name, the vision of the families and keepers who lived there simply struck a chord.

After writing her first chapter, she discovered a family connection with the island through her late great uncle, a doctor who visited regularly to provide care for the lighthouse families.

Applications are now open via QTAC to study at USC in 2018. 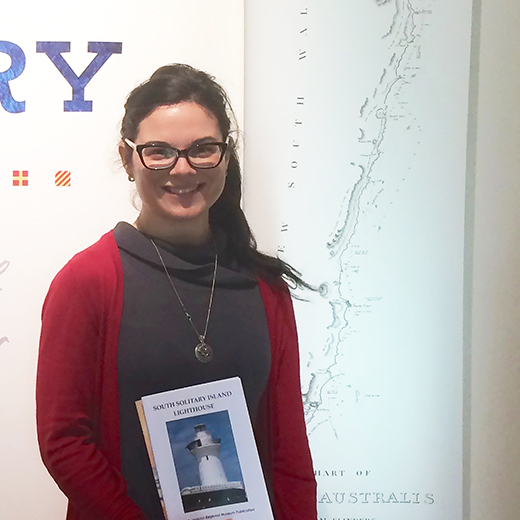