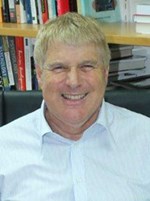 Emeritus Professor Doug Mahar specialises in experimental psychology. His research focuses on the application of basic perceptual and cognitive theories to issues in human–computer interaction, psychological disorders and the assessment of an individual’s abilities. Doug's expertise in these areas has been recognised via invited colloquia at international universities including the University of Rome, the University of York and the University of Vermont.

In early 2018, Doug retired following almost five years as Head of School, Social Sciences. Previously Doug worked at QUT for 18 years where, aside from his teaching and research work, he served in a number of senior administrative roles including Head of School (Acting) and Chair of the University Animal Ethics Committee. He is also a past president of the Australasian Society for Experimental Psychology. From 1990 to 1995, Doug was a lecturer at ANU where he also served as co-director of a large research centre (TRUST) which focused on the development of behavioural biometric computer security systems.