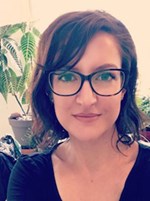 Amy is the History Discipline Leader at the University of the Sunshine Coast (USC). She specialises in built heritage (architecture), popular culture, and identity politics. Her geographical and chronological focuses range from 19th century Scotland and the British Empire, to colonial and contemporary Australia, to colonial and post-colonial notions of cultural identity and heritage throughout South East Asia and the Pacific.

Amy is particularly interested in exploring these histories through heritage practice and theory, and her recent research has explored heritage policy, cultural diplomacy, identity politics and nationalism. Her PhD, entitled ‘Built heritage and National Identity: Constructing and Promoting Scottishness in the Twenty-First Century,’ was conferred in 2015 (University of Queensland), and investigated several contemporary issues in heritage politics and governance using Scottish (and Scottish diaspora) case studies.

Since 2015, Amy has been researching the broad theme of cultural/heritage diplomacy through specific programs and initiatives of the Australian Government. She has become a leader in the emerging field of ‘heritage diplomacy’ discourse, and published a comprehensive review of this concept in The Handbook of Cultural Security (2018). Amy is the Lead Investigator for the USC research project ‘Beyond Borders: Australian Heritage Diplomacy in South-East Asia and Pacific, 1992-present’, with colleagues Professor Patrick Nunn and Dr Harriot Beazley.

Amy is currently conducting research on a separate project relating to ‘Big Things’: super-sized kitsch or ‘low art’ structures typically built along roadsides in Australia and North America across the 20th century. This research has received international coverage through print, television and radio, and Amy is a regular invited public speaker on the topic. In 2018 she was awarded the prestigious Duke University (U.S.) Hartman Center FOARE Fellowship for Outdoor Advertising Research, to conduct further investigations of this subject in North America.

Amy has had work published in journals such as: Archaeologies, Fabrications, Future Anterior and Historic Environment. Her work has also appeared in proceedings by the Society for Architectural Historians Australia and New Zealand, the digital cultural heritage: FUTURE VISIONS initiative, Transatlantic Dialogues on Cultural Heritage program, and the EUNAMUS project. She has also contributed to mainstream outlets such as The Conversation and Border Crossings magazine, and is a regular contributor on history, culture and heritage matters for ABC Radio Australia and Channel 7 News Queensland.

In 2016 she was awarded an Advancing Quality Teaching award for excellence in teaching at the USC. She was awarded the International Council for Canadian Studies 2012 Graduate Student Grant for her work in eastern Canada, and the 2012 Guilford Bell Scholarship for her research on Culloden and Bannockburn Visitor Centres and the Robert Burns Birthplace Museum.

You can also stay in touch with Amy at: