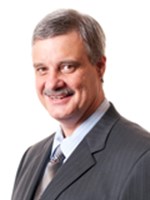 In 1989, he was recipient of the RACI Bloom-Guttmann award for the best paper by a young author under 30 years of age, and was awarded the 2008 RACI Lloyd Smythe Medal for excellence in research in Analytical Chemistry.

From 1990 to 1992, Professor De Marco worked as a Research Scientist at CSIRO Minerals in Melbourne undertaking research on lead/acid batteries.

He spent three years between 1992 and 1995 working as a Lecturer in Physical / Analytical Chemistry at the University of Tasmania.

In 1995, he joined Curtin University of Technology, served as its Chemistry Department Head from 2001 to 2007, and was promoted to Professor in 2006. From July 2007 to December 2009, Professor De Marco served as Dean of Research in the Faculty of Science and Engineering at Curtin University presiding over 300 teaching/research and research staff in a Faculty comprising comprehensive activities across a diverse range of disciplines, leading to his subsequent appointment as Associate Deputy Vice-Chancellor (Research Strategy) at Curtin University in 2010.

Selected Board and Committee Appointments