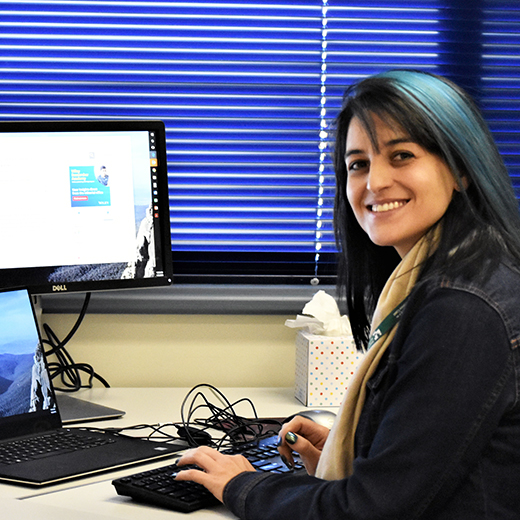 A global snapshot of more than 200 scientific societies has confirmed that female scientists still have a long way to go in their bid for gender equality.

Published this week, a study led by University of the Sunshine Coast zoologist Dr Dominique Potvin showed that globally women made up one third of zoological societies board members and filled just one in four executive leadership positions.

“The lack of female representation in academic science is a well-known issue where the percentage is a mere 5-20 percent,” Dr Potvin said.

“We expected to find that it is easier for women to climb the ladder to executive roles in scientific societies, where board positions are elected, and membership is often self-selective,” Dr Potvin said.

“This research shows that while women are more highly represented than in institutional academic leadership, it still falls short of equality.”

The study, published in the open-access research journal PLOS ONE, was an international collaboration with Dr Emily Burdfield-Steel and Dr Stephen Heap from Finland’s University of Jyväskylä, and Jacqueline Potvin from the University of Western Ontario.

The researchers found that a society’s internal culture was the strongest influence on gender balance, with older, larger societies tending to be more male-biased

Geography also played a part, with Australasia leading the way in the number of female board members and executives at 43 percent compared to 25 percent globally.

Asia was the worst performer with only 22 percent of board membership held by women compared to 33 percent worldwide, and only 18 percent of women holding leadership roles.

Using this data, the researchers identified predictors of gender equality to create a checklist for scientists to apply to their professional organisations.

“It is not our intention to shame societies that appear to be heavily-biased but simply highlight the possible causes for gender inequality,” Dr Potvin said.

“This could help science at a broader level achieve equity by bringing women to the forefront as elected leaders of their fields.”

Societies could use the checklist to identify as one of four types, including one that has token female leaders to meet diversity targets but preserves an “old boys club” culture.

“The gold standard is the one that is committed in both actions and culture to ensuring equality and diversity,” Dr Potvin said.

“Research has shown that organisations that are more diverse and equal tend to be more innovative, efficient and have higher levels of member satisfaction of both genders.”