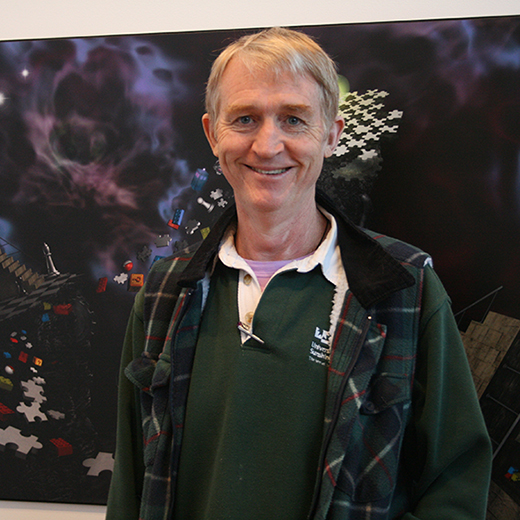 A University of the Sunshine Coast academic will share his views on the future of urban transport at the World Science Festival starting in Brisbane on Wednesday 9 March.

Senior Lecturer in History and Futures Dr Marcus Bussey will be part of a panel titled Transforming Transit on the first day of the festival, which is being held in the Southern Hemisphere for the first time.

The Transforming Transit program, part of Advance Queensland Futures, will also include a practical workshop in which Dr Bussey will collaborate with industry and policymaking experts.

Dr Bussey said the program would discuss the challenges of developing urban public transport systems in a country with such a strong inclination towards car ownership.

“I want to push discussion on urban transport away from engineering and technological questions, such as designing new roads, and move to a question of how do we actually rethink that culture?,” he said.

“We can move from petrol-powered to electric cars, but that doesn’t actually challenge the assumption that everyone needs at least one car in their family, if not two.

“We need to be asking questions around social sustainability, given that in the next 50 years, the energy requirements for individual car usage will be challenged, if not turned totally upside down.”

“All of us on the panel have the same concerns but very different backgrounds. That’s so important, because if you try to solve issues from narrow dimensions, you’re going to end up with narrow, partial solutions.”

Dr Bussey said he was delighted to be involved in an event that would make the big issues of science and technology more accessible to non-academics.

The World Science Festival runs from 9 to 13 March.

For Jayd Hobdell of Narangba, graduating from USC with a combined degree in Business and Arts has tied together her love of fashion design with a passion for business.

USC graduate Raphael McGowan will join some of the world’s top young entrepreneurs in a prestigious boot camp before the launch of his first sun care product.

The overall experience of students in USC’s Psychology program has been ranked the best of all public universities in Australia.