Writer brings past to life with new novel

Writer brings past to life with new novel 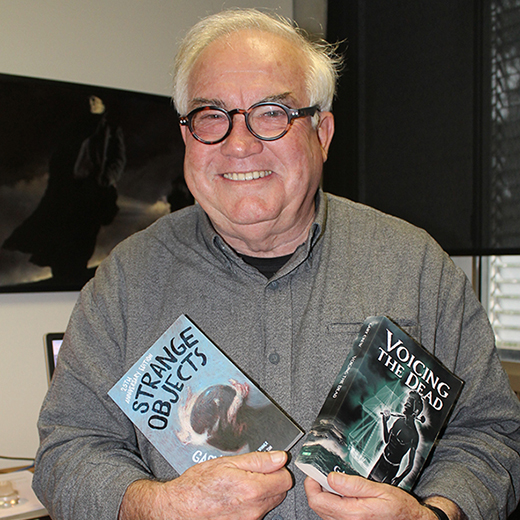 Internationally-acclaimed author and University of the Sunshine Coast Associate Professor Gary Crew will next week launch his latest novel – a fascinating recount of the fate of two young castaways in the Torres Strait.

‘Voicing the Dead’ is based on the true story of two English boys whose lives were spared during a grisly massacre following the shipwrecking of the Charles Eaton in 1834.

"Fourteen-year-old Jack Ireland and 18-month-old William D’Oyly were raised by Torres Strait Islanders on the Island of Mer following the beheading of the ship’s other passengers, including young William’s wealthy parents and brother," Dr Crew said.

"After two years, William D’Oyly was rescued through his family connections, but Jack Ireland was forced to make his own way back to London. Upon his return, he demanded an audience with the Lord Mayor and gained a court hearing."

The content of that hearing was turned into a book in 1844, entitled ‘The Ship-Wrecked Orphans’, that was co-authored by Jack Ireland and a newspaper reporter.

Dr Crew has penned ‘Voicing the Dead’ as his own interpretation of Jack Ireland’s biographical book in the style of a palimpsest – a Greek word meaning ‘to over-write’.

"I’m fascinated by these unfinished tales, so to be able to go back and explore them is so ultimately intriguing to me," he said. "There’s a whole other history of Australia that we just don’t know.

"Above all, I really want this book to let young people know that it’s okay to read history and that it goes some way in furthering positive steps towards encouraging racial understandings."

Dr Crew, who is the Program Leader for Creative Writing at USC, is well known for his unique approach to historical writing.

His multi-award winning novel ‘Strange Objects’ broke the rules on how history was written for young people and celebrates its 25th birthday this year.

The 25th Anniversary Edition of ‘Strange Objects’ will be launched at the Australian Literacy Educators’ Association Conference in Canberra on Sunday 5 July, complete with new cover art by Shaun Tan.

‘Voicing the Dead’ will be launched in Melbourne on Monday 6 July.

Some of Australia’s leading creative minds will gather at USC this week for a lively forum on why creativity and the humanities matter in a rapidly-changing world.

A Gympie resident who this year graduated from the University of the Sunshine Coast with a Doctor of Creative Arts (DCA) has won a Queensland Literary Award for the historical fiction draft novel she wrote in five months.

An author and illustrator who studied the creative arts from undergraduate to doctoral level at the University of the Sunshine Coast in the past decade is celebrating a London publishing deal and the launch of his second novel about 1880s English serial killer Jack the Ripper.