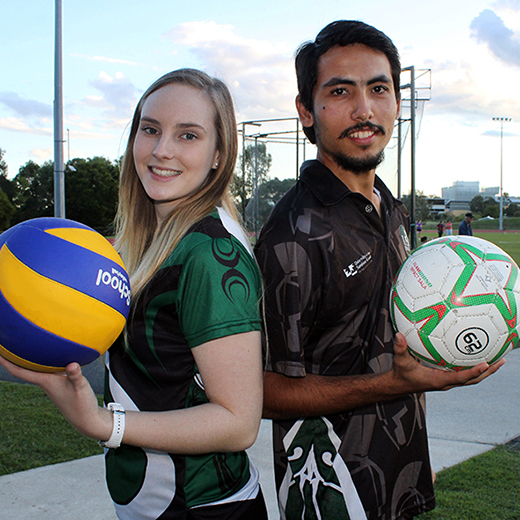 Ninety athletes from the University of the Sunshine Coast will head to Toowoomba this weekend to compete in the 2015 Northern University Games from 5-9 July.

They will be striving for gold in volleyball, futsal, touch football, hockey, netball and golf at the major multi-sport event that is attracting almost 1,500 students from universities across Queensland and northern New South Wales.

The Sunshine Coast hosted the Games last year, and Gary Moore from USC Sport says competitors were keen to replicate the success they enjoyed when they had the home ground advantage.

"Our futsal teams were undefeated last year and both the men’s and women’s sides look strong again this season," he said.

"The USC women’s volleyball team also did very well in 2014, so we’re definitely looking for some repeat performances."

Mr Moore said the majority of competitors had been training since the first week of Semester 1.

"So it’s fair to say that USC is taking the competition pretty seriously this year," he said.

Those who can’t make it to Toowoomba to support USC’s athletes will be able to watch live streaming of a number of sports for the first time via the Australian University Sport website.

A large contingent of student athletes from the University of the Sunshine Coast will head to Rockhampton and Yeppoon this weekend for the annual Northern University Games from 2-6 July.

The University of the Sunshine Coast is gearing up to welcome almost 2,000 athletes involved in 17 sports when it helps stage the 2016 Northern University Games from 3-7 July.

Fifty-eight athletes will compete for University of the Sunshine Coast glory in 10 team and individual sports when the Australian University Games starts on Sunday 28 September.