Constitution in focus for NAIDOC Week at USC

Constitution in focus for NAIDOC Week at USC 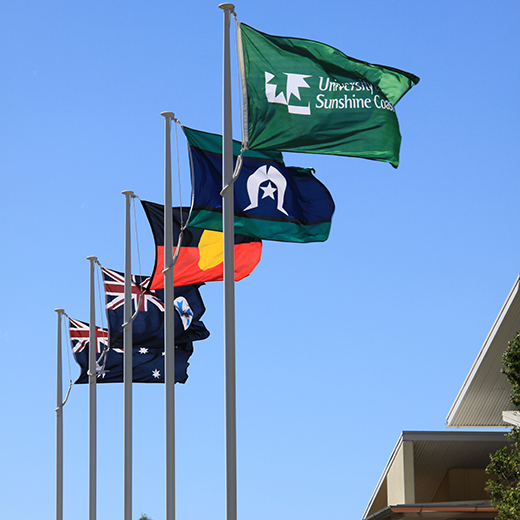 The global resonance of Australia’s consideration of constitutional recognition for Aborigines and Torres Strait Islanders will be heard loud and clear at a special NAIDOC Week event at the University of the Sunshine Coast on Friday 10 July.

USC will host a presentation by Canadian academic Associate Professor Kiera Ladner from 9-10am on the topic 'Indigenous Constitutional Politics, Reconciliation and Decolonisation'.

Dr Ladner is a Canada Research Chair in Indigenous Politics and Governance from the Department of Political Studies at the University of Manitoba and has a keen interest in Australia’s ‘Expert Panel on Constitutional Recognition of Aboriginal and Torres Strait Islander Peoples’ that was established in 2010.

This panel is responsible for recommending options for constitutional change to be put to the Australian people by referendum soon.

Dr Ladner has attended several of the panel’s public consultations and interviewed many Indigenous people (mainly activists, leaders and academics) about their constitutional visions, issues of sovereignty and Aboriginal rights.

On Friday she will be treated to a Welcome to Country by Gubbi Gubbi man Lyndon Davis before interviewing Indigenous students and staff from USC and members of the local Aboriginal and Torres Strait Islander communities.

In her request to visit USC, Dr Ladner wrote: "For Indigenous constitutional scholars, the opening of Australia’s Constitution, and the succeeding debates over issues of nationhood, Indigenous sovereignty, and Indigenous political, economic, social, and territorial rights, represents a research opportunity of a lifetime.

"As scholars, we seek to understand how and why people are responding to the proposals for constitutional change, and to examine their alternative, and sometimes competing, visions of the future."

NAIDOC Week celebrations are held across Australia each July to celebrate the history, culture and achievements of Aboriginal and Torres Strait Islander peoples.

The University of the Sunshine Coast has appointed Professor Gary Thomas as its first Dean of Indigenous Education and Engagement.

USC students hope to spark a community conversation on Wednesday 9 August when they hold a special forum at USC to hear the voices of local Indigenous people.

More than 20 Aboriginal and Torres Strait Islander USC graduands will celebrate the completion of their degrees at a ceremony on campus tomorrow (Tuesday 4 April).

The University of the Sunshine Coast is set to welcome hundreds of academics, scholars and community members to the 10th Annual Indigenous Education Symposium on Saturday 15 October.