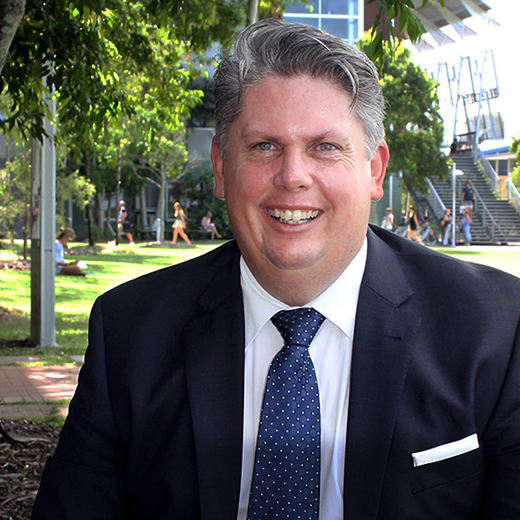 A University of the Sunshine Coast academic who is dedicated to determining how much sunlight exposure is healthy for people has just returned to Australia after receiving an impressive international award in the United States.

USC’s Foundation Chair in Cancer Prevention Professor Michael Kimlin was the lead author of an article that was named one of the 10 best published by the prestigious American Journal of Epidemiology during 2014.

The article – ‘The Contributions of solar ultraviolet radiation exposure and other determinants to serum 25-hydroxyvitamin D concentrations in Australian adults: TheAusD Study’ – was written when Professor Kimlin was the Director of QUT’s Centre for Research in Sun and Health prior to him starting at USC this year.

Professor Kimlin said it was a thrill to accept the award on behalf of the 10 authors of the report at a special meeting of the Society for Epidemiologic Research in Denver, Colorado, late last month.

The research into which factors influence the body’s production of Vitamin D involved 1,002 participants aged 18-75 in four Australian sites spanning 24 degrees of latitude – in Townsville, Brisbane, Canberra and Hobart.

A key finding was that the amount of skin exposed to sunlight was the single strongest contributor to variance in Vitamin D synthesis, ahead of location, season, personal ultraviolet radiation exposure, vitamin D supplementation, body mass index and physical activity.

Professor Kimlin said this indicated that the best way to boost Vitamin D synthesis was by exposing a greater amount of the body to sunlight for short periods of time rather than increasing the length of time spent in the sun for example, rolling up your sleeves.

"Vitamin D insufﬁciency is reported to be common in many countries, including some with high ambient solar ultraviolet radiation such as Australia, which suggests that factors other than ambient UV radiation may inﬂuence vitamin D status," he said.

Professor Kimlin took up his position as Foundation Professor of Cancer Prevention in February as a joint appointment of USC and Cancer Council Queensland.

He is continuing his world-leading research into the environmental factors that lead to cancer, particularly skin cancers including melanoma.