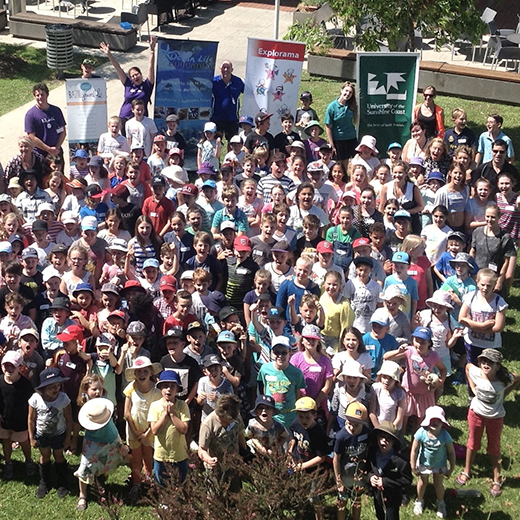 Whiz kids from around south-east Queensland will enjoy a day of fun and learning at the University of the Sunshine Coast on Sunday 16 August.

Ten workshops have been organised for children in Years 1 to 7 to challenge their critical thinking and problem-solving skills as they delve into various subject areas of interest.

Explorama organiser Jason Green said students would be travelling from as far as Maryborough and Toowoomba to get creative at USC.

“These are very curious, intellectual children who might be interested in something like robotics or coding, but there’s nowhere to learn about it at that age,” he said.

“In this setting at the University, they get to immerse themselves in those areas and really develop their ideas.”

Mr Green said the most popular attractions so far had been the ‘Mythbusters’ science workshop, followed by the ‘Whiz Kids Coding’ and ‘CSI – Crime Scene Investigators’.

Drew Beveridge is flying high after she was named Queensland’s most outstanding final-year journalism student.